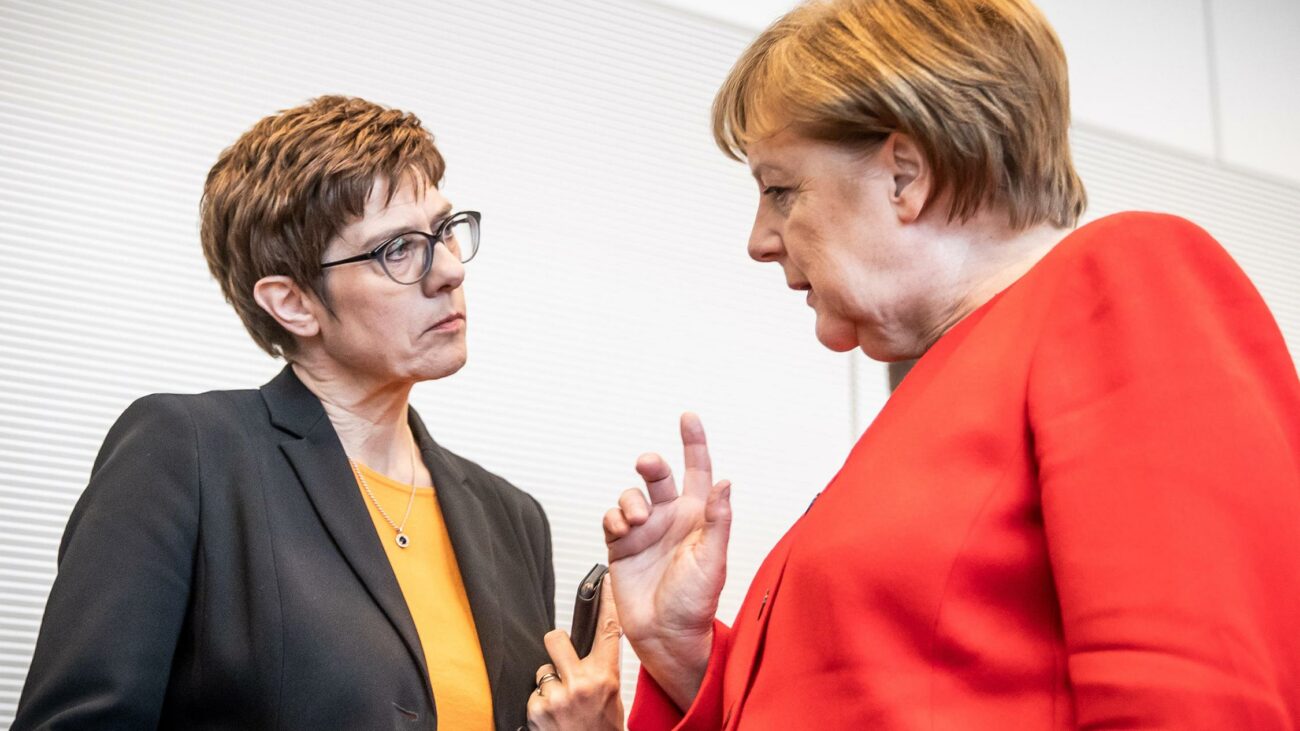 A Convergence of Issues Weighs on Germany

In 2020 Germany’s fragile government will become increasingly ineffective, but the members of its governing coalition, worried about a weak electoral performance, will be motivated to avoid early general elections.

The pace of German economic growth will likely continue to be slow in 2020, but divisions within the government will prevent Berlin from introducing a substantial stimulus package, but modest tax cuts and spending hikes are possible if economic performance is worse than expected.

Germany will support EU trade deals with the United Kingdom and the United States, but conflicting interests within the bloc will create obstacles towards resolution.

Companies and households in Germany will face several sources of risk throughout the year, including political risk from the country’s fragile government coalition; economic risk connected to global trade uncertainty and threats to Germany’s exports; and institutional risk, caused by strategic divisions within the European Union that will make it hard for the bloc to implement policy. Germany will continue to be stable and prosperous in 2020, but these risk factors could prove disruptive for business, investors and individuals in the country.

Germany is governed by a coalition between the conservative Christian Democratic Union (CDU), its sister party in Bavaria, the Christian Social Union (CSU), and the center-left Social Democratic Party (SPD). This alliance was formed in March 2018 to put an end to the uncertainty that followed the inconclusive general election in September 2017 but has been fragile since the start, as its members have become less popular. After years of governing together, support for the CDU/CSU and the SPD has declined, especially as emerging far-left and far-right parties have started to absorb voters from them.

While the coalition is unstable, its members are not pursuing an early general election because they stand little to gain from one. Some portions of the SPD want the party to exit the coalition and spend some time in the opposition to regain the popularity it has lost. But the SPD is currently polling at between 12 percent and 14 percent, which means that an early election would likely lead to a disastrous performance (in the general election of 2017, it received just 20 percent of the vote, its worst performance in the post-war period).

The CDU, for its part, is in the middle of a leadership crisis. Angela Merkel’s decision not to run for chancellor again after the end of the legislature in 2021 has left the party disoriented. Annegret Kramp-Karrenbauer was appointed party leader in December 2018, but her recent resignation has left the CDU headless again. The party will spend the next few months searching for her replacement, reducing its interest in an early general election. The party’s leadership contest will be important for Germany’s future because while some of the likely candidates to take the helm want to continue with the CDU’s current centrist position, others want to steer it further to the right to regain support from voters who have switched to the far-right Alternative for Germany (AfD) party.

An early general election is improbable in Germany in 2020, but the government will be largely ineffective and focused on internal disputes. This will reduce Berlin’s effectiveness in dealing with the German economy’s multiple problems.

Germany’s gross domestic product grew by 0.6 percent in 2019, its slowest expansion since 2013. Germany’s export-driven economy is suffering because of the trade disputes between China and the United States, Brexit-related uncertainty, and structural changes linked to increasing production of electric vehicles in the automotive sector. In December, industrial orders fell by 2.1 percent from the previous month as demand from eurozone countries weakened. To make things worse, the effects of the coronavirus outbreak likely will hamper the economy in China, Germany’s third-largest export destination. These factors suggest that Germany’s growth will remain low in 2020 (around 1 percent or less) and that a recession cannot be ruled out.

Germany’s large fiscal surplus leaves room for Berlin to introduce economic stimulus measures. But political divisions within the government will reduce the chances that a substantial stimulus package will be offered. The CDU wants to boost growth by cutting taxes, while the SPD wants to increase public spending. However, both say they want to keep a balanced budget, a principle popular with a large segment of the electorate. This means that such measures likely will be limited to minor hikes in public spending and symbolic tax cuts within the margins of its fiscal surplus. This runs contrary to the policy desires of southern European states and the European Central Bank (ECB).

German authorities will rely on domestic demand (which remains strong because of record levels of employment) to continue generating growth and to compensate for a weaker exports sector. As a result, German growth will be modest this year, which will, in turn, limit growth across the eurozone. But two things could force Berlin to change direction. One is a recession — improbable but not impossible in 2020. The other would be a new government with a different ideology taking power — but this is also improbable in the short term because even if there is an early general election, the subsequent coalition negotiations would not produce a government for months. As a result, sporadic stimulus policies that do not result in deficits are more probable than a single, large package of economic measures.

Without a large stimulus coming from Germany, the ECB is likely to continue focusing on record low interest rates, cheap loans for commercial banks, and asset-purchasing programs to generate growth and inflation. German politicians will criticize these policies, because low interest rates are unpopular among German savers, but they will not try to stop them, because ECB action is, to some extent, a substitute for German action. But the ECB is reaching the limit of what it can do to boost economic growth, which explains why the institution insists that eurozone governments should contribute to growth through fiscal policies —a recommendation that for the most part will fall on deaf ears in Germany.

The problem for Berlin might come from the positions that other EU governments stake out (for example, countries like France and Belgium want to include fisheries in the deal) as well as Brussels’ demand that London remains aligned with the rules of the single market. Considering the complexity of the upcoming negotiations, a comprehensive trade deal will probably not be reached in 2020, but a limited agreement covering most goods but only a limited number of services is probable. This would not hurt Germany as long as that deal covers industrial exports. If there is a limited deal, Berlin will push for temporary agreements on the areas that are not covered in the main trade deal, to minimize economic disruptions as much as possible.

Something similar happens with the United States. The White House has threatened to impose higher tariffs on EU exports of cars to the United States, most of which come from Germany. If applied, these tariffs would further weaken Germany’s automaking sector, one of the country’s main sources of employment. Berlin supports a U.S. trade deal that covers industrial goods, but the United States also wants to include agricultural products, drawing opposition from large European agricultural producers like France and Ireland. U.S. President Donald Trump, who is running for re-election in November, may not want to introduce tariff hikes before the vote so that American buyers would not face higher car prices in an election year. But the threat will not go away and likely would become stronger if Trump is re-elected.

Germany will have to deal with three big EU issues this year. The first is the debate over the bloc’s budget for the 2021-2027 period, the first to be set without contributions from the United Kingdom. Southern and Eastern European governments want member states to increase national contributions to the common budget to account for the British departure and to preserve cohesion funds and agricultural subsidies (of which they are net receivers). But governments in the north, such as Austria and the Netherlands, are against this. Germany is likely to accept a small increase in national contributions because most of the receiving countries of EU funds are within its sphere of influence in Central and Eastern Europe. Berlin will want to ensure that they remain relatively prosperous and under the EU umbrella, especially at a time when countries like China are competing for influence in the region.

Germany will also push to reform the European Union’s immigration rules. This is a key issue for Berlin because a large number of migrants reaching the bloc want to live in Germany, and Merkel’s decision in 2015 to open the country to 1 million Syrian asylum seekers contributed to the popularity of the anti-immigration AfD. Germany will look for ways to distribute asylum seekers across the continent, but the plan is likely to fail because of resistance from countries in Central and Eastern Europe. The European Union is more likely to focus on providing greater economic and logistical assistance to the countries of origin and transit of migrants. This means that anti-immigration parties in Germany and other parts of the continent will continue to be a relevant political force and a threat to the mainstream parties.

The final challenge for Germany will be to find consensus, both internally and within the European Union, for implementation of climate change policy. In December, the European Commission presented its «Green Deal,» a package of measures designed to make the bloc climate-neutral by 2050. Countries in Central and Eastern Europe, many of which still rely on coal power, have taken a skeptical view of the plan. Germany supports it but wants to water down some aspects of it. The German Economy Ministry recently asked the European Commission not to accelerate the timeline of a review of the limits on carbon dioxide emissions for cars that was originally planned to be done in 2023 to a proposed 2021 deadline, out of fear that it would give German automakers little time to adapt to new emissions regulations, considering some had already been struggling with efforts to transition to electric vehicle production. Some German business groups have also questioned the deal, arguing that it will reduce the competitiveness of the country’s industrial sector.

But the push for cleaner sources of energy in Europe is here to stay, meaning households and companies across the Continent will have to adapt to stronger national and supranational pressure to implement the transition, which could include higher taxes and penalties for activities that create a high carbon footprint. But because of internal limits, both in the bloc and within Germany, the process will probably be slower than originally planned.

"A Convergence of Issues Weighs on Germany" Комментариев нет