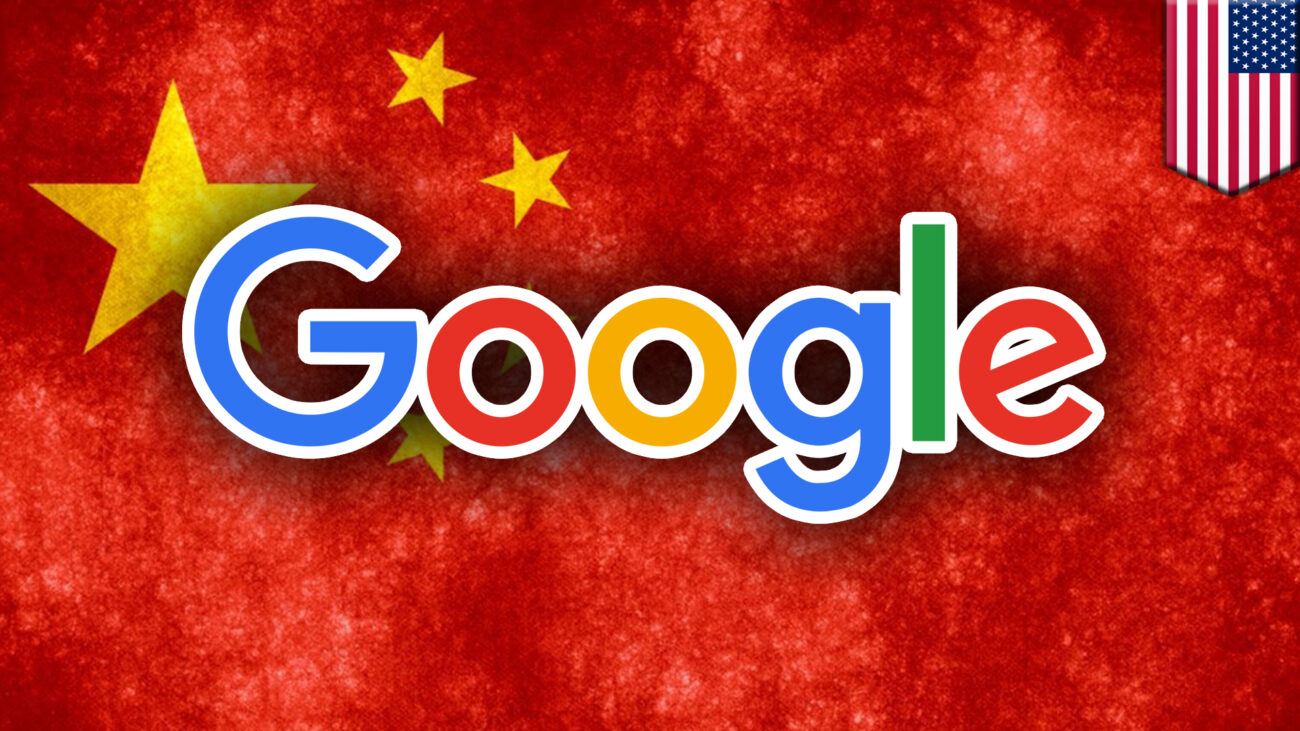 Peter Thiel, co-founder of PayPal and Palantir, ignited an important conversation in July when he accused Google of «seemingly treasonous» activity and urged President Donald Trump’s administration to investigate the company’s motivations for operating an artificial intelligence (AI) lab in Beijing while refusing to work with the U.S. Department of Defense. Trump initially agreed that Google should be investigated. However, U.S. Treasury Secretary Steven Mnuchin met with Google leaders and afterward said he was reassured that the tech giant does not directly support or work with the Chinese military.

Thiel responded with a pointed op-ed published Aug. 1 in The New York Times that Google’s reassurances and Mnuchin’s response seemed to be ignorant of China’s stated goals to fuse its public and private sectors, assuring that all private technology is ultimately given to the People’s Liberation Army for strategic advantage. Thiel colorfully asserted that Google is either suffering from an «extreme strain of parochialism» or is ill-informed of Chinese intent, or it is intentionally engaging in «seemingly treasonous» cooperative activities to advance the communist nation’s strategic objectives.

Confusing Google’s position further, Eric Schmidt, chairman of Google’s parent company Alphabet, in 2017 had urged the United States to step up its AI innovation because China may soon surpass it. Schmidt, referencing Chinese policy, clearly understands that China intends to become the global AI superpower and use the technology for military purposes. Incongruencies in national and corporate strategies are emerging from this debate. China, holding homogenous control over both public and private sectors, is in a strong position to take advantage of Google’s AI research to advance its own strategic objectives above those of the United States. China is zealously protective of its national interests and is stealing as much intellectual property as possible from the United States, quickly catching up with decades of innovation and investment in advanced technologies at a fraction of the time and cost. Some of these technologies, such as AI, could be game-changers in the balance of world power. What does this ultimately mean for American tech giants like Google that are working cooperatively with Beijing while avoiding military contracts at home, and how should the United States protect its own disruptive innovation and technological advancement from exploitation by the Chinese military through replication and fusion between public and private entities?

Advanced technologies are an important strategic resource, most obviously for purposes of wartime advantage but more opaquely for cold war or clandestine peacetime objectives. The strategic advantages of technology for corporations are equally apparent but typically less dire in consequence. These distinctions are beginning to blur as corporations create and develop disruptive technologies that upend entire industries, erase borders of global trade, or shift the balance of economic or military power to nations that best implement innovation toward their own strategic goals.

Unprotected, disruptive technologies are almost always integrated or otherwise adapted to benefit foreign militaries and can give significant strategic advantages to U.S. adversaries if not adequately protected and leveraged at home. China has been taking full advantage of every instance it can to exploit data leaks, positions at universities and human intelligence to capitalize on U.S. technology innovation and investments. Joel Brenner, former inspector general at the National Security Agency, laid out an alarming case in his 2011 book, America the Vulnerable: Inside the New Threat Matrix of Digital Espionage, Crime, and Warfare, that the United States is bleeding wealth and intellectual property to China to such an extent that it threatens national security. In the interconnected information age, even the most protected and classified technologies often wind up on the dark web or otherwise available to foreign militaries through theft or espionage, so adversarial militaries inevitably will leverage fully open source or unprotected technologies that offer major strategic advantages.

Private companies such as Google are making wildly disruptive technological advancements that are still unprotected and in the infancy of proper regulation. The government heavily protects and regulates technologies considered to be weapons of mass destruction, such as nuclear or chemical technologies; yet regulators have not fully defined the similar dangers of cyber and economic warfare to harm the lives of an equally large number of people.

There is little doubt that Google has developed vitally important technologies that offer enormous strategic advantages to its customers, including nation-states. Western, democratic minds understand Google’s open-source business model to offer advantages to anyone who wishes to use and help to advance the technology for strategic purposes. However, when viewed through the lens of geopolitical competition, this goodwill can be used as a massive accelerator for innovation and leveraged as a strategic resource furthering the goals of the Communist Party of China enough to shift the balance of technological power.

In his book The Hundred-Year Marathon: China’s Secret Strategy to Replace America as the Global Superpower, renowned China expert Michael Pillsbury lays out a comprehensive analysis of Chinese objectives to overtake the United States using Western parochialism to their advantage to steal and leverage every bit of American technology they can access. Fully embracing this empathy-inducing disguise of the humble, developing nation, the Chinese have endeared themselves into the good graces of the U.S. government, former presidents and American educational institutions, gaining unfettered access to innovation and invention across every sector of science and technology. This has led to a well-known yet underemphasized hemorrhaging of both intellectual property and data from the United States to China.

Looking back several millennia to the great philosophers and strategic thinkers of ancient China reveals a deep-rooted emphasis on clandestine activities, deception and espionage with the moral intent of avoiding full war at all cost. The Western, democratic ethos is different, respecting individual rights and speaking out against torture and deceptive activities as the more ethical approach. This divergence in ethics often introduces bias in analyses of China because Western analysts may not fully grasp that this meaningful use of deception and covert activity is engrained deep into the Chinese psyche as the most ethical approach. Chinese philosophy and history are steeped in these ancient ideas from Sun Tzu’s The Art of War, that «Successful war follows the path of deception» and «the ultimate achievement is to defeat the enemy without even coming to battle.»

The Chinese government is equally misunderstood by Westerners, with far less public accountability and a single ruling political party. Rather than democratic elections or multiple parties competing for public trust, China’s Communist Party has the power to act in its own best interest regardless of individual rights or however it might harm its own people to ensure higher national objectives. The one-party government can co-opt private Chinese businesses for military purposes at any time. According to the Council on Foreign Relations, the Communist Party of China strongly emphasizes «civil-military fusion» to assure that both foreign and domestic businesses in China are contributing directly to the People’s Liberation Army and Chinese national objectives whether they are aware of it or not, rendering it impossible to do business in China without ultimately supporting the military or Communist objectives to some extent.

Despite this seemingly adversarial mindset, China is not intentionally provocative or attempting to conquer other nations without pretext. More fundamentally, China is in a fragile and growing position in the world with a great deal of responsibility in the East. In this position, the balance of power can easily be shifted and populist movements can cause upheaval as seen in Tibet or Hong Kong. The Chinese government typically shows restraint until events threaten national stability or the government’s claims of sovereignty over administrative regions and neighboring islands. This is why China has focused most of its efforts on subversion and clandestine operations rather than building up a large, kinetic military force.

Westerners often assume the Chinese military is at a significant disadvantage because it cannot match the might of the United States, yet analysts within the U.S. intelligence community have written about the subversive abilities of China to disrupt America’s critical infrastructure or economy. This clandestine disruption can have harmful effects on millions of people without clear attribution or evidence of an attack, putting the Chinese within their objective of defeating the enemy without coming to battle.

An Important Debate About Priorities

Thiel ignited an important debate when he questioned Google’s priorities for working with China on AI research while ending its AI work with the Pentagon: How concerned should the United States be about American companies working with China on its most significant technological advancement? Are Google’s AI research efforts in China «seemingly treasonous,» as Thiel put it, and worthy of investigation? Or are they an ignorant or naive act of goodwill in innovation and collaboration? Should the U.S. government vigorously regulate Google and other large tech companies, or break them up, as some critics suggest, given their size and influence?

In addition to its AI research,  the extent of Google’s control over the search for and distribution of information is a national, strategic resource in itself. Statements by the company’s leaders suggest an attitude that Google’s importance and significance transcend national interests, though its international behavior at times seems to belie this mindset. Tech giants are no more immune to potential espionage and foreign influence than energy or defense companies or any other business with vast international ties and interests. And when Google’s actions are considered within the context of China’s interests and history, Thiel’s argument gains merit. In its attempt to adhere to its old «don’t be evil» mantra by disengaging with the Pentagon’s AI research, Google may learn how the proverbial road to hell is paved with good intentions.