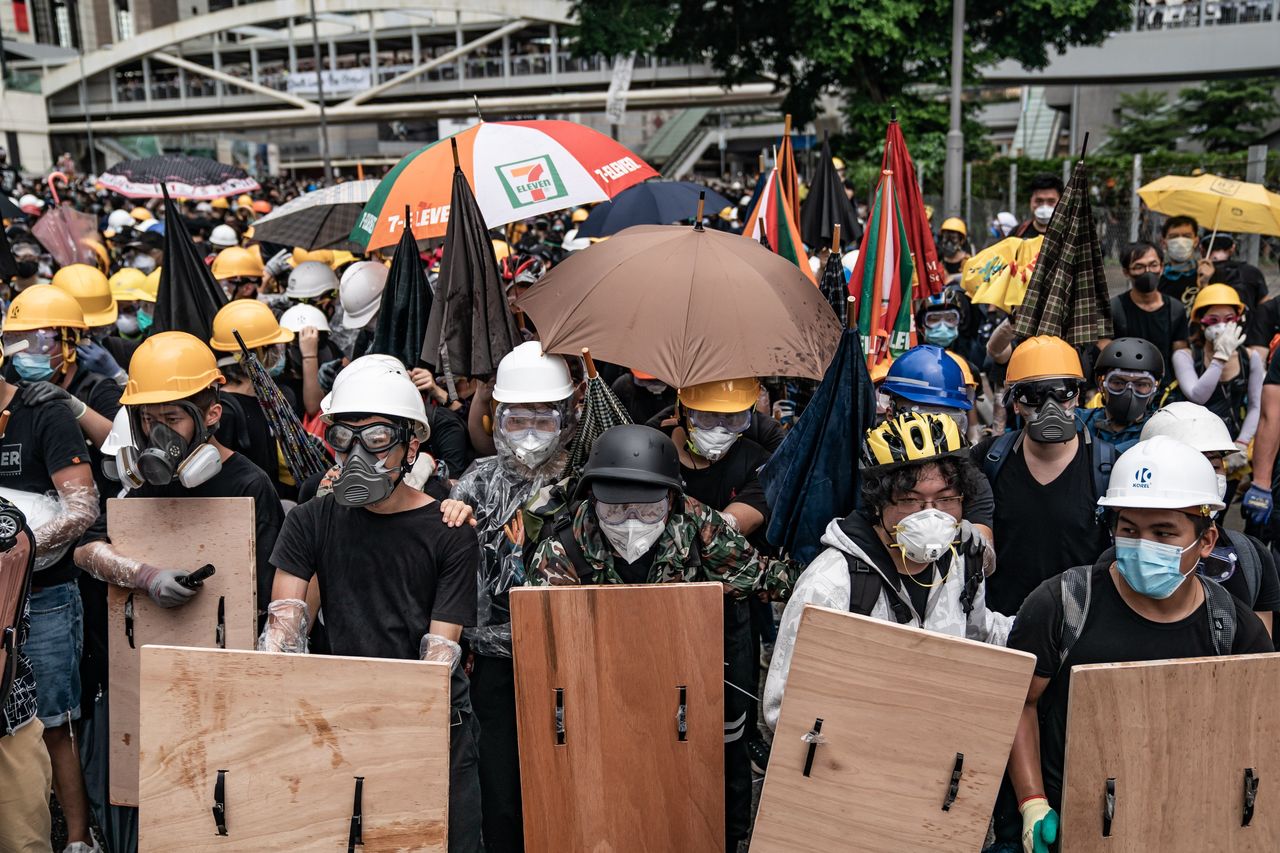 How to Resolve the Hong Kong Crisis

With the 70th anniversary of the founding of the People’s Republic of China now past, the period of greatest danger is upon Hong Kong.

Beijing, no longer worried about spoiling the festivities, might be more inclined to use force against Hong Kong. Of course, there are many good reasons for Beijing to resist that urge, including damage to China’s “peaceful rise” narrative and a high probability that long-term protests are unsustainable. So long as Hong Kong remains in crisis, however, the possibility of Chinese military intervention cannot be dismissed. The beleaguered Chief Executive of Hong Kong, Carrie Lam, acknowledged as much herself by refusing to rule out the possibility of Chinese military intervention.

At the heart of the protest movement are “five key demands, not one less”: permanent withdrawal of the draft extradition law that sparked the protests; the resignation of Lam; a full and independent inquiry into alleged police brutality against the protesters; unconditional release of all imprisoned activists; and political reforms to achieve genuine universal suffrage.

Of the five, Lam has relented on just one: withdrawal of the draft extradition law, which would have sent suspected criminals—and possibly Chinese political opponents based in Hong Kong—to the mainland for prosecution. Although this is a respectable first step, it was clearly insufficient. The protests roiling Hong Kong are now nearing their fifth month, with a fresh round of violence occurring this past weekend.

Any return to normalcy is going to require both parties—the Hong Kong government and protesters—to make difficult, even risky, compromises. But if done in good faith, Hong Kong can finally move past this painful moment in its history.

There are two protestor demands that Lam seemingly should be able to meet. For example, it is unclear why an inquiry into allegations of police brutality is such a tall order. In late August, even relatives of Hong Kong police officers called for an independent investigation. Why has Lam resisted? Perhaps because Beijing won’t allow it. Perhaps it would uncover too much dirt on the police.

Neither of these reasons should be inherently prohibitive. If “one country, two systems” is legitimate, i.e. Hong Kong retains its system of governance in exchange for recognizing “One China,” then Lam should have the authority to appoint an outside commission to investigate the city’s police—even over Chinese objections. Notably, Lam’s plan to permanently withdraw the draft extradition law was rebuffed by Chinese leaders, but she did it anyway.

Lam also should recognize that whatever comes out, no matter how bad, the government can at least show it is being proactive in exposing police brutality, disciplining officers, and making necessary reforms. Instead, she has pledged an inquiry conducted by the Independent Police Complaints Council—a civilian office still under government auspices and hardly independent. Complicating matters, Lam appears to have made up a “sixth demand,” which is that the protestors want the police force disbanded. There is no evidence of this claim, and Lam should instead focus on the essential task of rebuilding trust between the public and police for the future.

Likewise, Lam should be able to make a decision on unconditionally releasing all imprisoned activists, perhaps as an incentive for a truce with protesters. For a state that assiduously follows the rule of law, bypassing legal procedures and judicial institutions would be a very difficult pill to swallow for Hong Kong. But in these unprecedented circumstances, a clean slate between the government and people might prove more valuable to the government than convicting activists and potentially reigniting protests. Under Article 48 of the Basic Law, or Hong Kong’s mini constitution, Lam has the power to “pardon persons convicted of criminal offenses or commute their penalties.”

So far, Lam has not engaged the protestors’ demands seriously. When asked why she had not launched an independent inquiry or released imprisoned activists at a public meeting Sept. 26, Lam deflected. “I believe citizens would agree that the public’s demands are actually beyond the ‘five demands,’” she said, insinuating that the divide might be unbridgeable. During the chief executive’s annual policy speech last week, Lam concentrated her remarks on using social welfare to prevent further unrest rather than addressing the five demands. She was heckled twice and was forced to give the remainder of her speech via video.

Lam also has done herself no favors by dusting off colonial-era emergency powers to deal with protesters. Earlier this month, she banned face masks. The ban has already served as a new rallying cry for the protestors. Some suggest that such curbs on freedom of expression mark a slide toward authoritarianism. Hong Kong’s government should rebuild trust; instead her government is undermining it.

The protestors may have to make painful concessions too. Significantly, they might have to realize that universal suffrage—despite being enshrined as the “ultimate aim” in the Basic Law—is impossible to achieve right now. Crusading for direct elections for the Hong Kong Legislative Council may risk prolonging chaos with the police—and potentially further drawing in Beijing.

A less aggressive strategy that might yield success could be for protestors to harness their energy to elect more Democratic Party or pro-democracy camp politicians to represent them. Just such an opportunity will present itself soon, on November 24th, when Hong Kong goes to the polls for local elections. To be sure, these politicians will struggle to ascend to the Legislative Council given Hong Kong’s indirect elections and rampant interference by pro-Beijing entities. But if more pro-democracy representatives are put forth, too much interference will become a liability for China. It would invite a resurrection of protests, that, the next time around, could feature even more anger and possibly open calls for Hong Kong independence—dramatically raising the stakes for Beijing and the survivability of “one country, two systems.”

Finally, the protestors want Lam to resign, but here again, they might have to concede. Lam was recorded during a closed-door session with pro-Beijing colleagues last month saying that she would quit if she could. (She has since denied that she had tried to tender her resignation.) The episode may well indicate that Lam cannot resign unless Chinese authorities allow it. They might believe Lam is the only one who can resolve the crisis, or find her a useful scapegoat if the situation significantly worsens. Or they may worry that choosing another chief executive loyal to Beijing would just re-ignite longstanding grievances about indirect elections.

Either way, for stability to be restored, Lam may have to go. She has lost the mandate to govern. In the eyes of the protestors, virtually anyone is better than Lam at this point. Another leader might also be able to more effectively implement the government concessions described above.

Rebuilding trust between the residents of Hong Kong and their government will be an extremely difficult task. But with some reasonable compromises on both sides, Hong Kong has the opportunity to step back from the brink of disaster. If future rounds of protest and the government response can remain civil, that might prevent Chinese military intervention and signal to Beijing that Hong Kong’s sovereignty under “one country, two systems” must be upheld. Each side controls its own fate.

"How to Resolve the Hong Kong Crisis" Комментариев нет