RU
Cezarium
Home » Longread » How will the World end? Experts reveal nine most likely ways humans will be wiped out 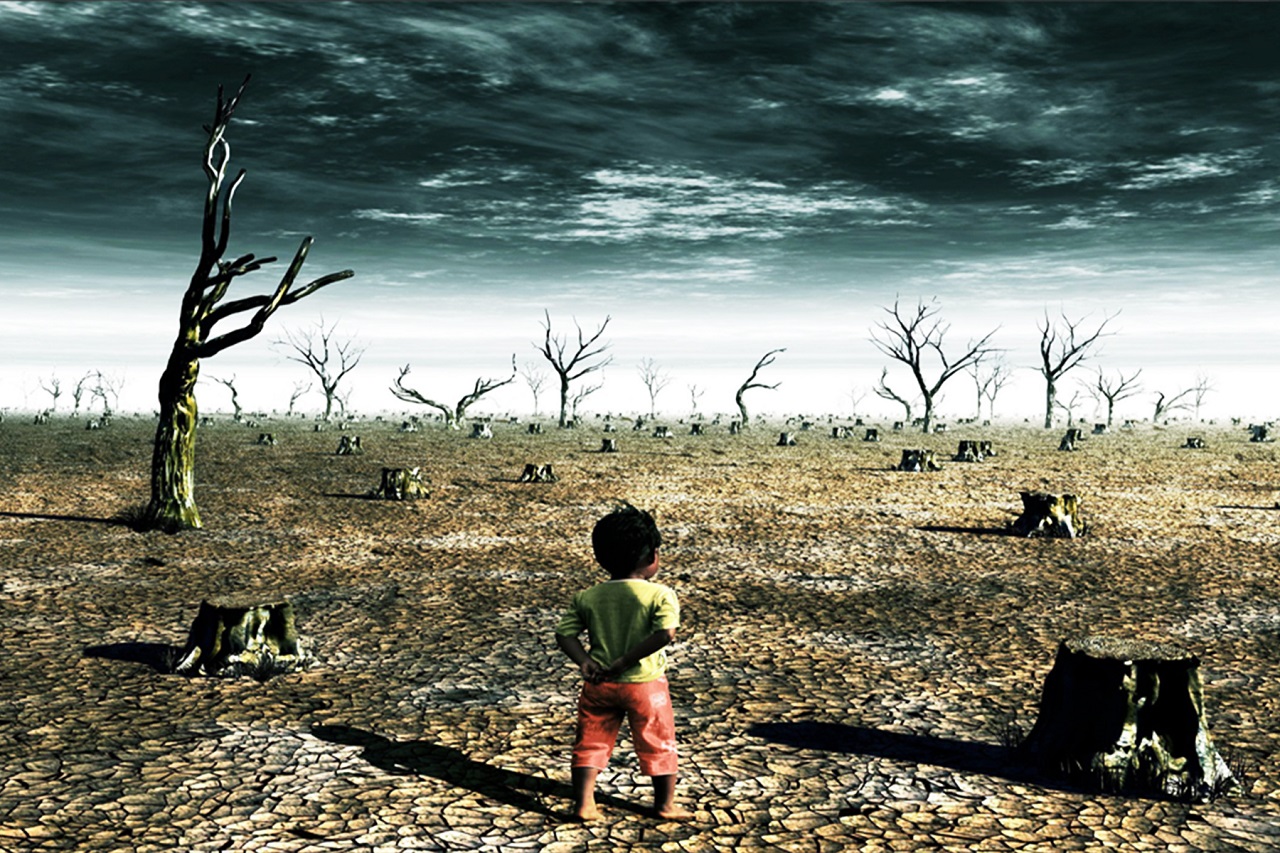 How will the World end? Experts reveal nine most likely ways humans will be wiped out

Humanity being annihilated by chemical weapons or the molten lava of a supervolcano may sound like the plots of Hollywood disaster movies, but they are in fact among the very real ways mankind could be wiped out according to research.

The Global Challenges Foundation—an organization which aims to reduce the global issues which we all face—highlighted the most probable scenarios to finish off the human race in its annual Global Catastrophic Risks report. To compile the document, researchers assessed scientific papers and consulted academics.

Martin Rees, the U.K.’s Astronomer Royal, and co-founder of the Cambridge Center for the Study of Existential Risk, warned in the report that while most of us are worried about familiar risks like air crashes «we’re in denial about some emergent threats—the potential downsides of fast-developing new technologies and the risk of crossing environmental ‘tipping points.’

«These may seem improbable, but in our interconnected world, their consequences could cascade globally, causing such devastation that even one such incident would be too many,» said Rees.

The likelihood that nuclear war could break out is higher than it was a decade ago, the experts warned. In the wake of the Hiroshima bombing which killed up to 150,000 people in the immediate aftermath, «the world has lived in the shadow of a war unlike any other in history,» they said.

Weapons with the highest yield have the power to obliterate 80 to 90 percent of lifeforms, including humans, in a 1-4 kilometer radius. With around 7,000 warheads each, the U.S and Russia have the biggest arsenals, with the U.K., France, China, India, Pakistan, North Korea and Israel confirmed or believed to possess some form of nuclear device.

A nuclear war could not only wipe out lives and cities, and leave behind the threat of radioactive disease, but the resulting fallout could trigger a mini ice-age.

Compared with other traditional means of attack, biological and chemical weapons are relatively cheap to make. And technological advances in genetic engineering and synthetic biology make it easier than ever to alter micro-organisms in potentially dangerous ways.

If these tiny living things were ever to be released out of a controlled laboratory, by mistake or nefariously, it could «cause a pandemic of unprecedented proportions,» the report stated.

In 2015 over 200 countries signed the Paris Climate Agreement (which President Donald Trump pulled out of last year) that included a pledge to keep global temperatures «well below» 2 degrees Celsius (3.6 degree Fahrenheit) above the pre-industrial average. The authors of the report warned that there remains a one-third probability of temperatures spiking by 3C or more.

In this scenario, New York, Mumbai, Shanghai and other coastal cities would become submerged in water, while the over one billion people who inhabit coastal areas at a low altitude above sea level would need to find new homes.

«The scale of destruction is beyond our capacity to model, with a high likelihood of human civilization coming to an end,» the experts concluded.

The report comes after a landmark study by the Intergovernmental Panel on Climate Change warned a 1.5C rise in global temperatures could prompt a raft of negative consequences, including a rise in extreme weather events such as floods and heatwaves.

Humans rely on balanced ecosystems to sustain themselves at current social and economic levels, according to the report. While ecosystems are relatively resilient to the impact of humans, they can only take so much. Pollution, the movement of non-native species around the world, and the destruction of habitats all put ecosystems at risk.

In one such example, Lake Chad, which has fallen victim to overuse, climate change and drought, has shrunk by 90 percent since the 1960s, impacting the lives of the 40 million people who are dependent on it.

Thanks to the adoption of medical advances, such as the roll out of vaccine programs, rates of diseases like cholera and malaria have dropped in the past century.

But the threat of catastrophic pandemics lingers, as new diseases we are not equipped to protect ourselves against could emerge, or if micro-ogranisms contaminate densely packed urban areas, for instance via the water supply. Resistance to antibiotics is also a major concern, as it removes an important weapon in the fight against bugs and superbugs.

The negligence of humans towards our planet isn’t the only threat we face. An asteroid most likely wiped out the dinosaurs, and there’s no reason one of the larger rocks orbiting near Earth couldn’t once again head our way. Evidence suggests a collision with potentially catastrophic consequences happens on average every 120,000 years.

Experts fear the resulting debris thrown into the atmosphere could blot out the Sun for months, decimating crops and ecosystems. The death toll would likely hit hundreds of millions, the report said.

While NASA has assured that 90 percent of objects larger than 1 kilometer orbiting Earth have been found and there is no immediate risk, only 30 percent of those measuring between 140 meters to 1 kilometer have been identified. An event involving one of these smaller rocks could have «significant local impact, and indirectly disrupt social and economic systems,» the authors wrote.

A supervolcanic eruption is defined as the expulsion of at least 400 km3 of material.

Data on such events is relatively limited, and it is therefore difficult to accurately predict eruptions. But volcanologists believe supervolcanic eruptions hit every 17,000 years on average, and the last one happened in New Zealand around 26,500 years ago.

If a supervolcano, like Yellowstone in the U.S., were to erupt, humans and animals would be killed and agricultural infrastructure would be destroyed. Lingering pollutants, such as sulphate and ash, could block out sunlight for a short period and cause a drop in global temperatures which, as we know from previous examples, does not bode well for the existence of living organisms like us.

This approach is potentially a double-edged sword. By releasing particles such as aerosols into the air to direct the Sun’s light and heat back into space, scientists could reverse harmful global rises in temperature. But if it goes wrong, everyone on the planet would be affected.

«It may destabilize local and global climate, as well as various elements of the global ecosystem,» warned the authors of the report. «In addition, a sudden termination of solar geoengineering would lead to rapid and severe global warming, with no time for natural and social systems to adapt.»

The authors of the research were particularly concerned by the prospect of robots surpassing human intelligence, and the focus of firms developing such devices on functionality over ethics. And regardless of efforts to align such machinery to an agreed morality, a tiny error could render humans powerless at the hands of technology with extreme levels of intelligence.

The most likely dangerous scenarios would see AI developed into weapons, or programmed to reach a positive end but utilising destructive means.

"How will the World end? Experts reveal nine most likely ways humans will be wiped out" Комментариев нет