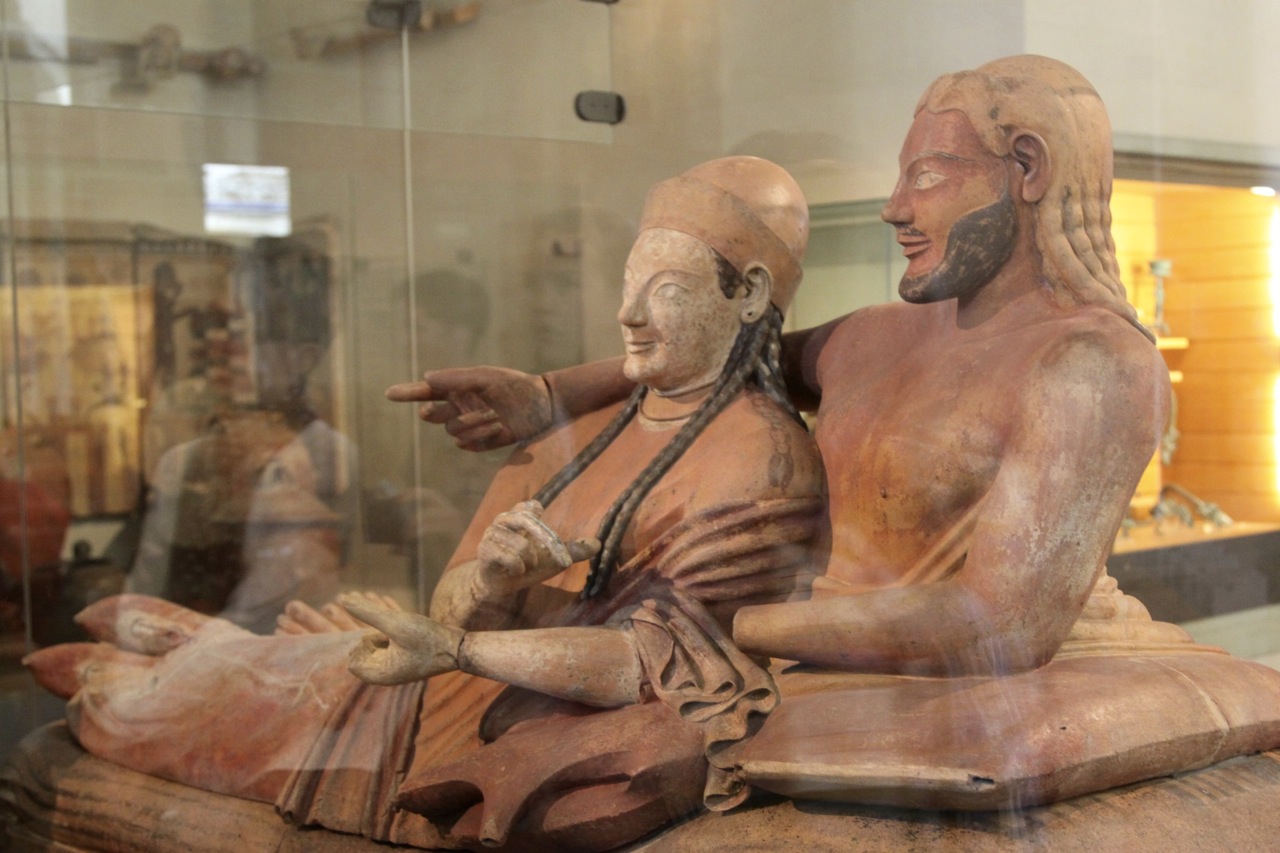 The Etruscans: Ancestors of Ancient Rome

The Etruscans were a powerful clan with an alien tongue and strange customs. They emerged in what is now central Italy sometime around the 6th century BC.  And no one is more obsessed with the Etruscans than the Italians themselves.

The Etruscans, who lived in Etruria, were known as Tyrrhenians by the Greeks. They were at their height in Italy from the 8th to the 5th century B.C. Herodotus (c. 450 B.C.) reports, as a theory of their origin, that the Etruscans came from Asia Minor. Recent work on DNA in cattle suggests Herodotus may have been right, although some still consider them indigenous to the Italic peninsula.

However, not many words in Latin are thought to derive from Etruscan. An exception is «persona» from «phersu».

The Etruscans unquestionably created glorious art. Among their most celebrated works is the so-called Sarcophagus of the Bride and Bridegroom (or Married Couple), which is in a Rome museum. It shows two people with slightly tip-tilted noses and pixie-like features.

It is known the Etruscans tried to predict the future by reading the patterns of lightning. It is thought that they introduced the chariot to Italy. They almost certainly ate good meat. Tuscany is famed for its beef, particularly that from the Chiana valley, which has been celebrated since classical times.

Another recent genetic study, of «chianina» and three other Tuscan cattle strains, found they were unrelated to Italian breeds. Yet matches were found in Turkey and the Balkans, along the supposed route of some of ancient Italy’s most enigmatic immigrants.

The Etruscans lived in what is modern Tuscany, in the area bounded by the Tiber and Arno rivers, the Apennines and the Tyrrhenian Sea. The Etruscan economy was based on agriculture, trade (especially with the Greeks and Carthage), and mineral resources.