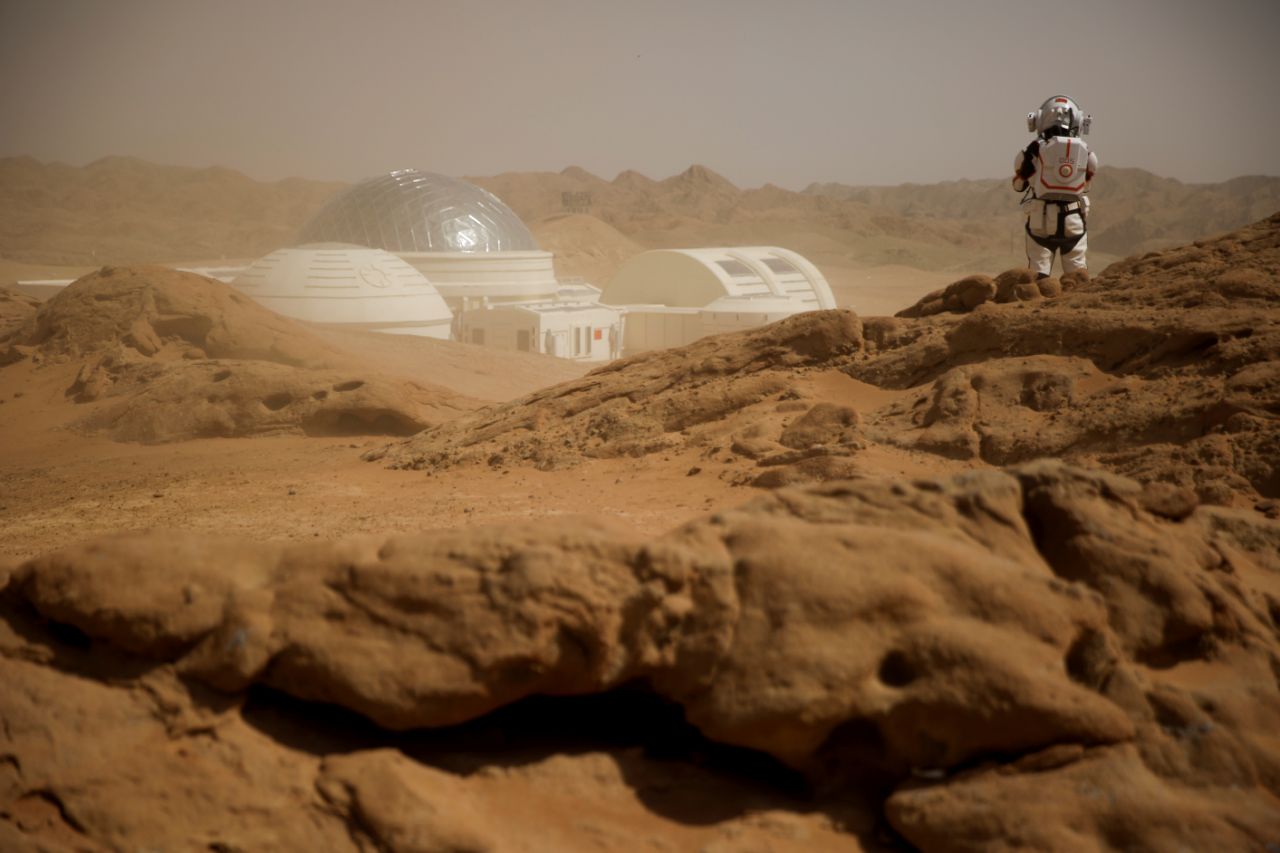 We could feed one million people living in colonies on Mars

With bugs, algae and other resource-efficient foods we could feed one million people on Mars within a century of arriving there. Scientists even invented a martian diet.

In the science fiction novel and movie The Martian, a stranded astronaut survives more than 500 days on Mars by growing potatoes. A permanent human settlement on Mars would need to do much better. And according to a computer model created by planetary scientists, that’s actually an attainable goal. With the right food sources, we could grow a million-person population on Mars that doesn’t depend on food shipped from Earth in about a hundred years, a recent paper in the journal New Space reports.

Companies like SpaceX have made exciting steps toward the possibility of humans on Mars, says Kevin Cannon, a planetary scientist at the University of Central Florida and lead author of the study. But beyond the challenge of getting humans to Mars in the first place, there’s a lot of work left to figure out how to make a self-sufficient, functioning society there.

“I think, looking in the long term, the real challenge is to start producing everything you need from the local materials on Mars,” Cannon says.

Farming on MarsCannon and colleagues modeled the food needs of a human population on Mars that grows to one million over about a hundred Earth years through a combination of immigration and reproduction. Though the settlement would need to import a lot of food at the start, it could transition to an entirely Martian-grown diet in about a century with the right food choices, they found.

The major limiting factor is space — or rather, the ability to create spaces suitable for growing food. On Earth, the amount of available arable land restricts our ability to grow food, whether plants, animals or something else. On Mars, we’d have to create these spaces — enclosed, pressurized and heated structures. For efficiency’s sake, a Martian society would need to choose food sources that are high in nutrients and calories relative to the space they need to grow.

Traditionally farmed animal products and certain plants need a lot of resources and may be impractical on Mars, Cannon says. But that doesn’t necessarily mean sacrificing variety in Martian diets. His team’s models include three main categories of food sources: plant-based foods, edible insects and “cellular agriculture” — protein-rich foods like algae and lab-grown meats, dairy and eggs that we can grow from cells.

Cannon has created a website compiling a list of businesses working to create food in these ways today, often with the goal of more resource-efficient and sustainable food production on Earth in mind.

This includes eating plants like beans, tomato and potato, as well as GMO products modified to include more nutrients and grow more sustainably. A number of companies today make insect-based products — whether that’s whole crickets or powdered insects to use as flour — that aspiring Martians can sample as well.

“The limitations that Mars would put on you in producing food kind of forces you into practices that turn out to be more sustainable on the Earth,” Cannon says.