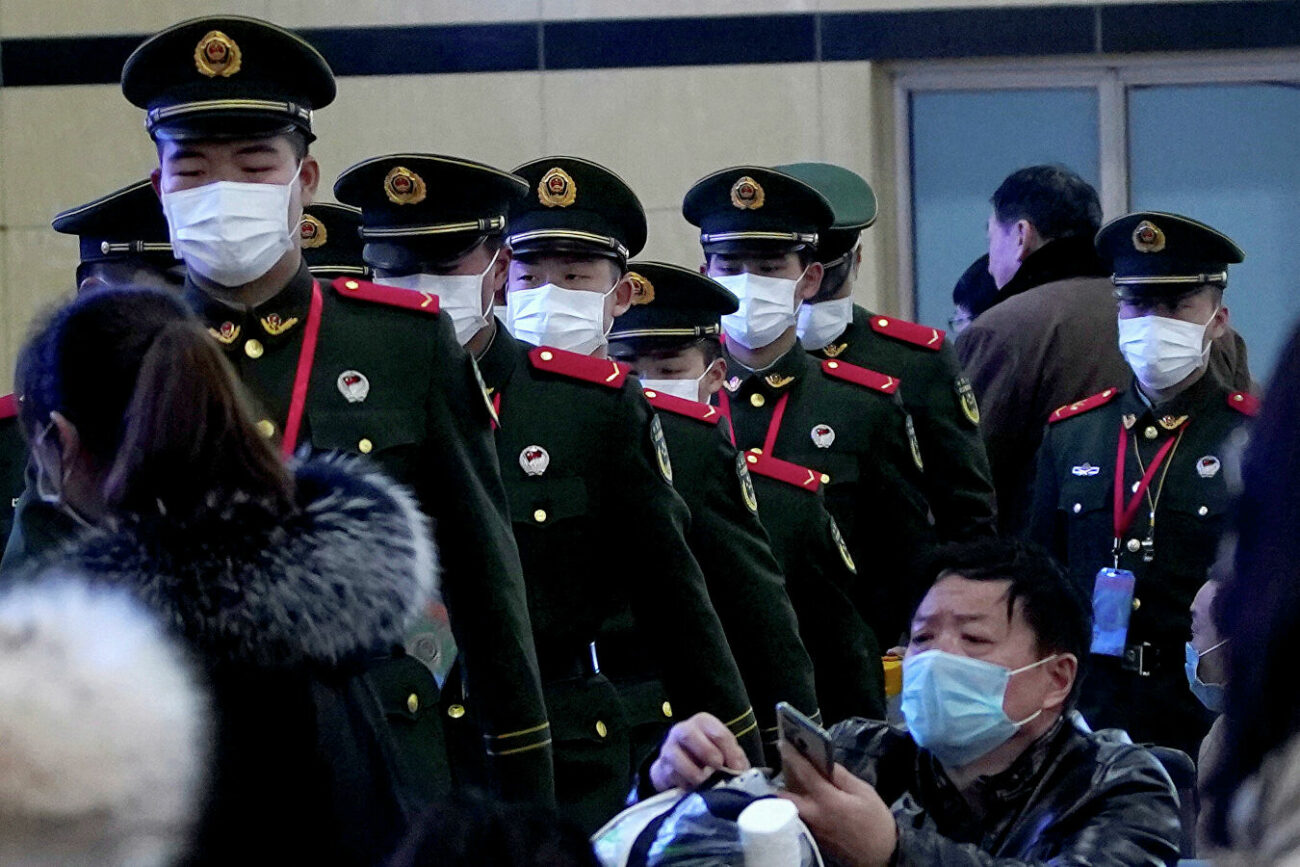 During the epidemic, the dead were cremated immediately, without ceremonies and without specifying the cause of death. Now family members are waiting to bury the urns containing the ashes of their loved ones. About 45,000 urnes will be distributed in Wuhan alone. The number of coronavirus deaths in China is deliberately underestimated. In the days of the peak of the epidemic, the crematory ovens worked for 19 hours a day. Journalists Li Zehua, Fang Bin, Chen Qiushi have disappeared. Photos and videos of queues at Funeral Parlors and cemeteries are blocked on social media.

Wuhan (AsiaNews) — Hundreds, perhaps thousands of people are queuing in front of Funeral Parlors in Wuhan to collect the urns with the ashes of their deceased who died in the coronavirus epidemic during city’s forced isolation.

All those who died during the epidemic were immediately cremated, without any funeral ceremony and without specifying the causes of death. Family members had to wait for the authorities’ notice to retrieve the ashes of their loved ones.

On the brink of a profound economic crisis, China is pushing to restore normalcy to the country, and has scheduled the reopening of communications in Wuhan on April 8. A sign of this «normality» is the collection of urns by relatives in preparation for the feast of Qingming, on April 4th, when the tombs of the deceased are honored.

The queues and the dead

The long queues in front of the Funeral Parlors provoke the question of how many coronavirus deaths there really were. So far China has only reported 3298 deaths.

A photo released yesterday on social media (see photo) shows a long line outside the Funeral Parlor in Hankow, a district of Wuhan. Online comments say that people have had to wait for hours while public security and plainclothes policemen were watching that no one took photos. To take the ashes of their deceased, family members had to be escorted by Funeral Parlor staff members or city officials. The comments speak of «a form of surveillance».

Caixin magazine notes that the queue outside Hankow’s Funeral Parlor was approximately 200 meters long; thousands of empty urns were unloaded from a truck and stacked in the Funeral Parlor.

Another «funeral hall» in Wuchang (another Wuhan neighborhood) has announced that family members can come to collect the urns with ashes from 23 March. The Funeral Parlor plans to distribute 500 per day, up to Qingming. This means around 6500 urns throughout this period.

Wuhan has seven Funeral Parlors: if it is calculated that each of them will distribute urns at the same rate as the one in Wuchang, it adds up to an estimated 45,500 urns for the city of Wuhan alone.

Perhaps not all of these deaths can be attributed to coronavirus, but it is almost certain that the official figures are purposely underestimated.

A Caixin reporter said earlier that the Funeral Parlor cremation ovens worked for 19 hours a day in February.

Li Zehua, a former CCTV television presenter who came to Wuhan as a freelancer to report on the epidemic, has been arrested and there has been no news of his whereabouts for over a month. Two other journalists have disappeared, Fang Bin and Chen Qiushi: they too were working in Wuhan. Li Zehua reported his visit to the Funeral Parlor in Qingshan between 10 and 11 p.m. on February 19 when the crematoria were still in operation.

Videos also appeared online showing long queues of people outside the Biandanshan cemetery, waiting to bury the ashes of their deceased. But even these photos and videos have been censored and taken down.

In all likelihood the exact number of coronavirus victims will never be known. During the days of the peak of the Wuhan epidemic, the health system collapsed and many patients did not have the opportunity to be hospitalized. They died before any diagnosis and were cremated without being included in official statistics.