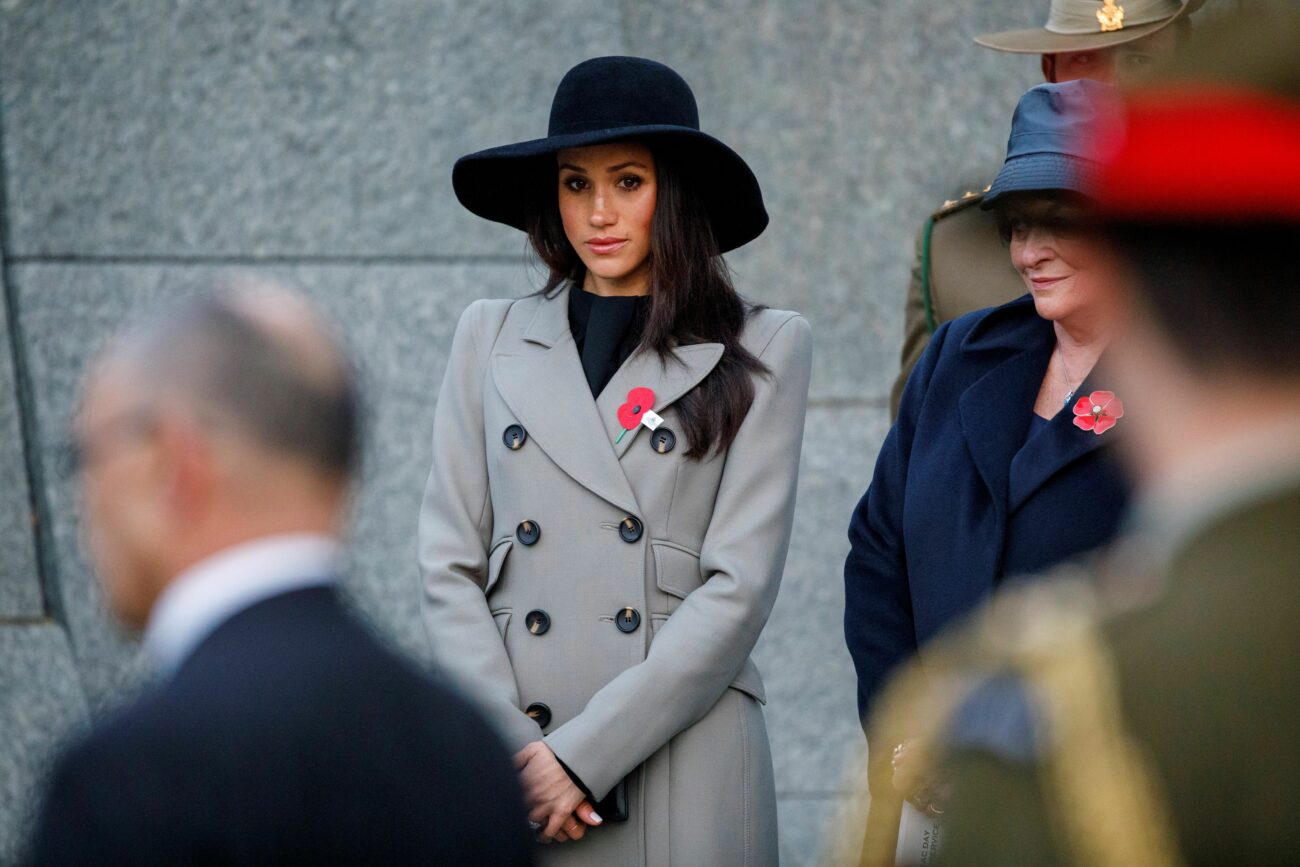 Meghan Markle for president? And other dispatches from the UK’s Oprah interview fallout

Some of the claims Meghan Markle and Prince Harry made during their interview with Oprah Winfrey last week are being picked apart by the British media, even as Fleet Street continues to lean into rumors and gossip about the international couple.

The Daily Mail dedicated a lengthypiece to dispute false or misleading claims from the interview – then separately predicted the Duchess of Sussex might run for U.S. president in 2024, citing an unnamed British Labour Party official.

Meghan Markle closes her own car door while at her first royal solo outing. (AP)

«The Blairite, internationalist and Democratic Party networks are buzzing with talk about Meghan’s political ambitions and potential backers,» the outfit quoted its source as saying.

Other critics and outlets have also dug into the claims the couple made during the interview, which aired last week.

«I don’t believe a word that she says,» former «Good Morning Britain» host Piers Morgan said of Meghan Monday, a day before walking off the set of his own show. He quit hours later.

British television host Piers Morgan speaks to reporters outside his home in Kensington, central London, Wednesday March 10, 2021. Morgan quit the «Good Morning Britain» program on Tuesday after making controversial comments about the Duchess of Sussex. The U.K.’s media watchdog said earlier Tuesday it was launching an investigation into the show under its harm and offense rules after receiving more than 41,000 complaints about Morgan’s comments on Meghan. (Jonathan Brady/PA via AP)

First, there’s a dispute over who made who cry between Markle and Kate Middleton, her sister-in-law, ahead of the former’s wedding to Harry.

The couple told Winfrey that it was Meghan who was brought to tears.

But the Times of London reported the opposite – going as far as to say Meghan slammed the door in Kate’s face when the latter tried to smooth things over.

The couple also told Winfrey that their son, Archie, had been snubbed out of a royal title. But that’s not the case, according to a report in the Guardian – he’s just not eligible under longstanding policy. But he will be, apparently, when his grandfather, Prince Charles, takes the throne.

FILE — In this Wednesday May 8, 2019 file photo, Britain’s Prince Harry and Meghan, Duchess of Sussex, pose during a photocall with their newborn son Archie, in St George’s Hall at Windsor Castle, Windsor, south England. One of the most dramatic claims in Prince Harry and Meghan’s interview with Oprah Winfrey was that their son was denied a royal title, possibly because of the color of his skin. Queen Elizabeth II has nine great-grandchildren, including Archie. They are not princes and princesses, apart from the three children of Prince William, who is second in line to the throne and destined to be king one day. (Dominic Lipinski/Pool via AP, File)

In the U.S., the Founding Fathers explicitly banned the government from granting titles of nobility under Article I of the Constitution. And that same clause would mean Meghan would likely have to disavow her «duchess» title if she were actually to run for president, unless Congress granted an exception.

And regarding the couple’s stated secret wedding in advance of their multimillion-dollar televised affair — that was just a «rehearsal,» according to the Daily Mail.

Meghan’s half-sister, Samantha Markle, disputed the claim that the two haven’t seen each other in nearly 20 years, by sharing a picture of them together — from 2008.

Meanwhile, Harry has expressed concerns that the media’s fixation on his personal life could lead to tragedy. His mother, Princess Diana, died in a high-speed car crash in Paris in 1997 while being pursued by paparazzi.

An American lawyer representing some of Jeffrey Epstein’s victims is also accusing the royal palace of using the Harry and Meghan drama to take attention away from Prince Andrew.

"Meghan Markle for president? And other dispatches from the UK’s Oprah interview fallout" Комментариев нет