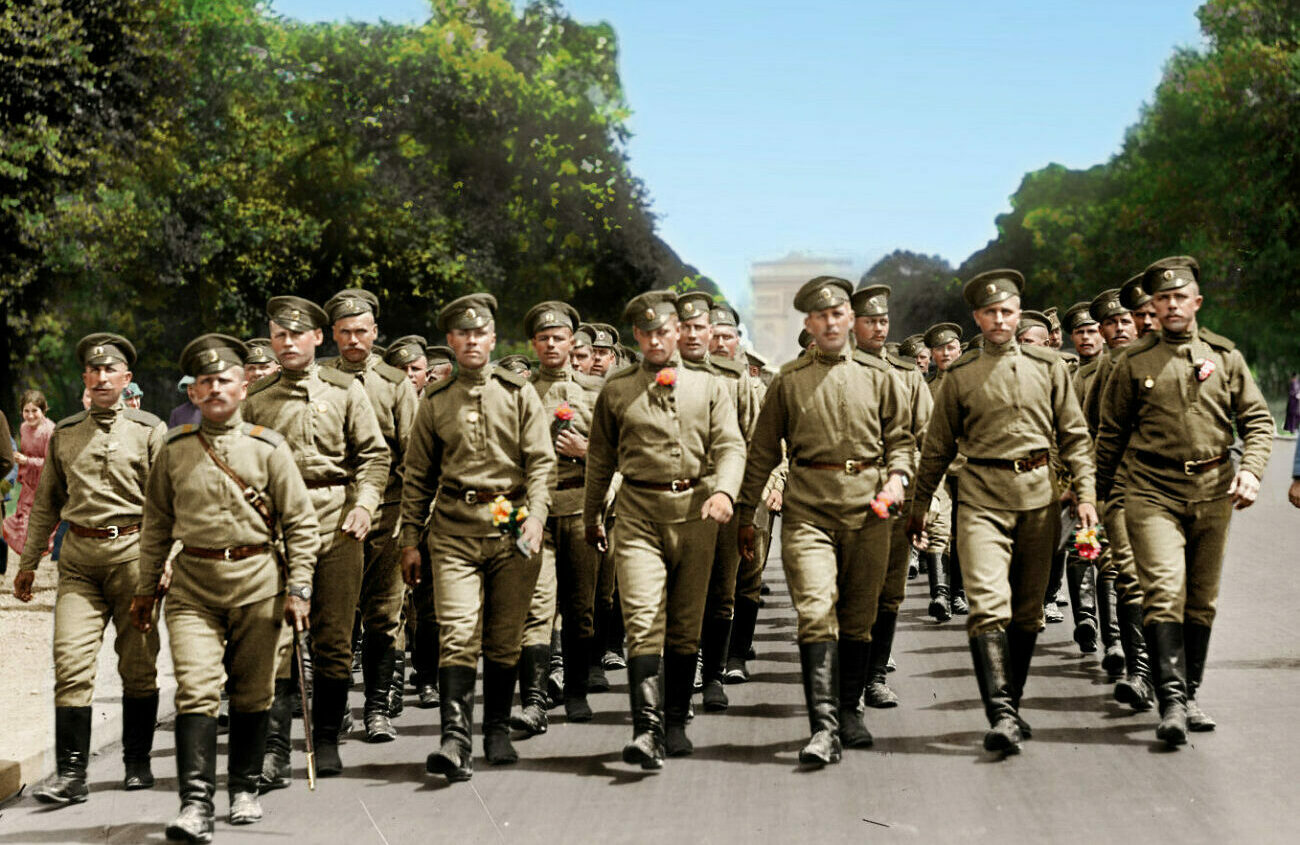 A betrayed division. The tragic fate of Russian soldiers in France

In 1915, World War I was at the height. By this time, it became clear that the Russian imperial army lacked ammunition and weapons. The military industry of the Russian Empire could not satisfy the needs of the fighting army. In this situation, the representative of the military commission of the Senate of France Gaston Doumergue put forward a very interesting proposal to the authorities of the Russian Empire — France provides Russia with the necessary quantity of ammunition and weapons, and in return the Russian imperial army sends 400 thousand military personnel — officers, non-commissioned officers and privates to the Western Front. Indeed, in France there was no shortage of weapons, but combat-ready and brave soldiers were required, and the quality of Russian soldiers was always well known in Europe.

The Russian government agreed with the proposal of Dumerg. In January 1916, the 1st Special Infantry Brigade was formed. It included 2 infantry regiments and Major General Nikolai Aleksandrovich Lokhvitsky was appointed as the commander of the brigade. At that time he was 48 years old and he received the rank of general a year earlier – in February 1915. Since it was not possible to transfer the brigade to the Western Front through Eastern Europe, where battles were fought with Germans and Austro-Hungarians, the infantry regiments of the brigade used railway transport to reach the port of Dalian, then on the French ships they sailed to Marseille. Russian soldiers arrived at the port of Marseille on April 20, 1916. 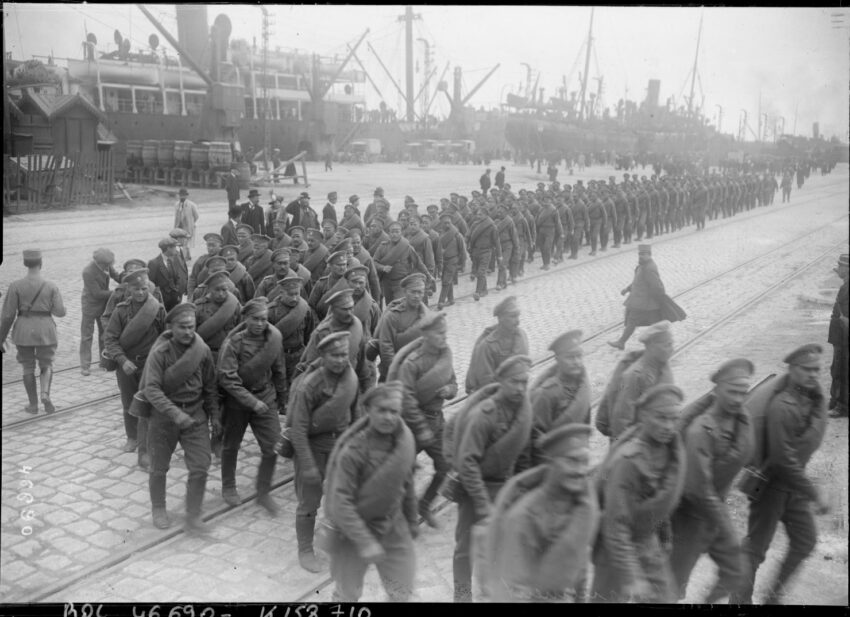 Arrival of the Russian Expeditionary Force in Marseille

Thus, 4 infantry brigades were transferred to Europe from Russia. Naturally, there were no talks of any 400 thousand people. Despite the impressive mobilization resources of the Russian Empire, the Russian authorities could not send so many soldiers to help France with all their will. Therefore, a total number of 45 thousand soldiers and non-commissioned officers and 750 officers of the Russian army were transferred to Europe. Russian soldiers heroically fought in Champagne-Ardenne, defended Pompel Fort and fought near Verdun. 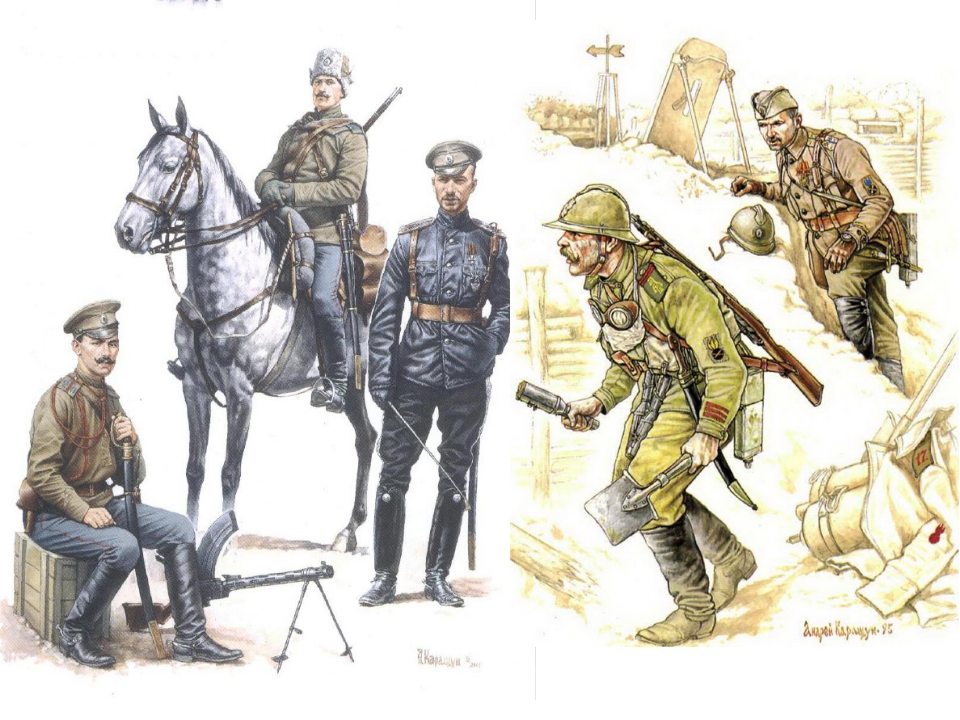 The contribution of two infantry brigades of the Russian army to the prevention of the German offensive is invaluable. At the same time, Russian brigades suffered heavy losses. Russian soldiers died in a foreign land, defending France. In the spring of 1917, the French army launched a large-scale offensive on German positions. In this operation, named after the commander of the French army, General Robert Nivelles, «the Nivelles offensive», the French troops suffered huge losses — the French army lost more than 180 thousand people. Naturally, the “Nivelles massacre” affected the Russian brigades very much. The 1st and the 3rd special infantry brigades of the Russian army Alost approximately 4,500 people. As a result, the Russian brigades were taken to rest and reorganized in the La Curtin military camp in the Limoges area. There, in La Curtin, two brigades were merged into the 1st Special Infantry Division. Major General Nikolai Lokhvitsky was appointed as the division commander.

Meanwhile, the attitude of the French command towards the Russian soldiers has seriously changed. After the February Revolution, the Entente countries suspected Russia of wanting to conclude a separate peace treaty with the Germans. The French command was frightened by the revolutionary events in Russia and no longer trusted the Russian units, considering them to be startled by revolutionary and anti-militarist ideas. Therefore, despite the requests of General Lokhvitsky to send his subordinates to the front, the French command preferred to keep Russian soldiers in the camps of Cournot and La Curtin. 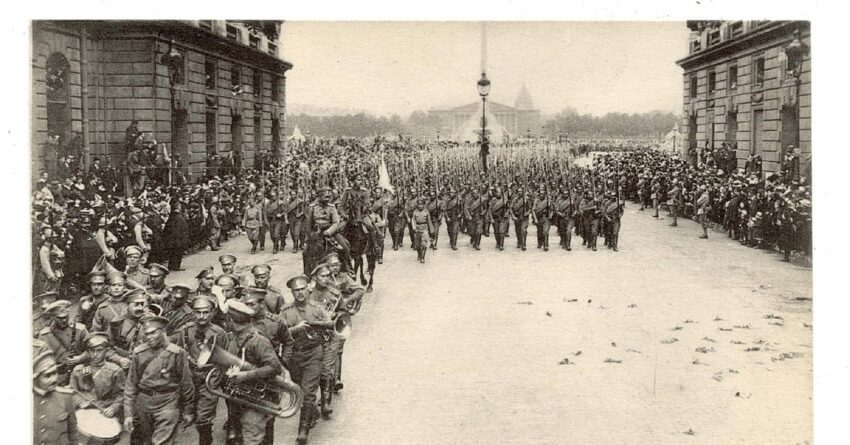 The parade of troops of the Russian Expeditionary Force on Ru-Royal in Paris on July 14, 1916

The deterioration of the attitude towards the Russian soldiers affected the quality of their supply — the food changed significantly for the worse. As a result, in September 1917, personnel of the units stationed in the La Curtin camp demanded the immediate return to Russia. This aspiration of soldiers was not understood either by the Russian Provisional Government or by the French authorities. As a result an uprising in the camp was suppressed with the help of gendarmerie units and artillery. The death toll of Russian soldiers is still unknown.

After the suppression of the uprising in La Courtin, many of its survivors were thrown into French prisons. Since the October Revolution just happened in Russia at that time, the French command made an unequivocal decision — to disband the special infantry division. Russian soldiers and officers were invited either to fight further as part of French units and subunits, or to work at French enterprises, or to go to hard labor in French colonies in North Africa. One battalion of the division (about 300 man) expressed a desire to go to the front and fight for France. Another 5,000 people decided to demobilize and work in French enterprises, and 1,500 troops were sent to hard labor in North Africa, mainly to Algeria. Of course, among the «convicts» were primarily those soldiers and non-commissioned officers who participated in the uprising in La Curtin camp. 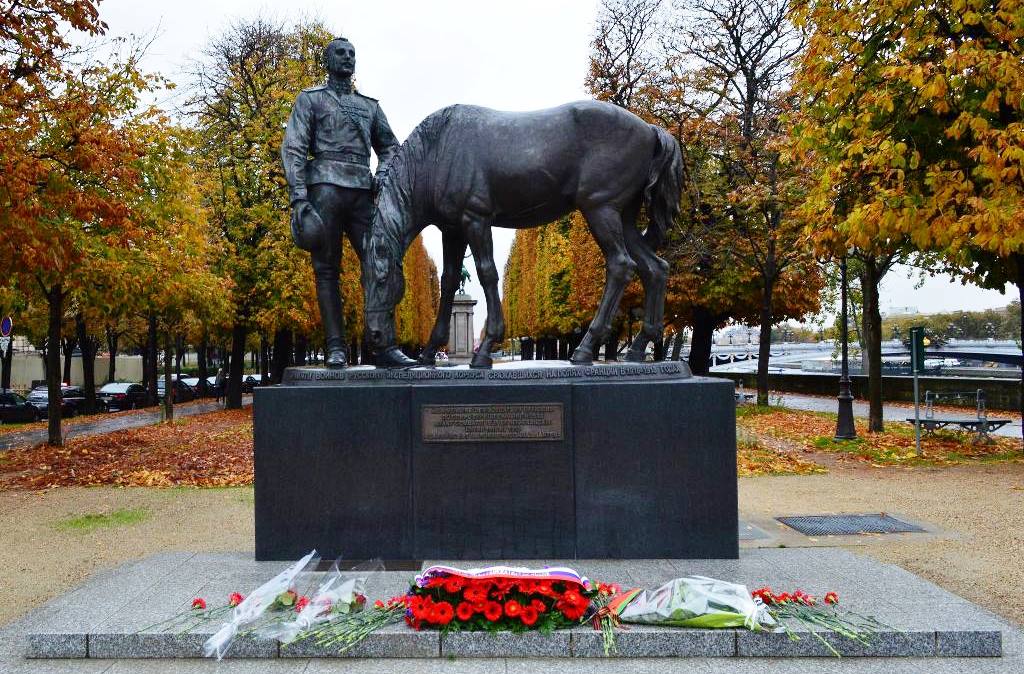 In Algeria Russian soldiers and officers were deliberately put in the most difficult conditions. Soon the number of convicts increased — a significant part of those Russian soldiers who expressed a desire to work in civilian enterprises were sent to Africa. French authorities feared that former Russian military personnel might have a corrupting effect on French workers and therefore preferred to send former allies to North African colonies. It is still unknown how many Russian soldiers died in Algerian penal servitude. Of the 266 soldiers and officers who decided to fight for France was formed the Legion of Honor, which continued to fight on the Western Front and was considered one of the best strike units. Then, after the outbreak of the Civil War in Russia, the legion was transferred to the homeland at the disposal of the White Army Command.

Perhaps the most famous soldier who fought in the Russian expeditionary force in France was Rodion Malinovsky — the future Marshal of the Soviet Union, Minister of Defense of the USSR. He came to France as part of the 1st Special Infantry Brigade, participated in many battles, was wounded, and after treatment joined the Foreign Legion, and then the Russian Legion of Honor. Later with a group of colleagues he reached Russia, where he finally decided to fight on the side of the Red Army. His life is the bright example of tragic and difficult destiny of the Russian soldiers in France, who bravely fought in a foreign land but became the victims of the windmills of history.

"A betrayed division. The tragic fate of Russian soldiers in France" Комментариев нет