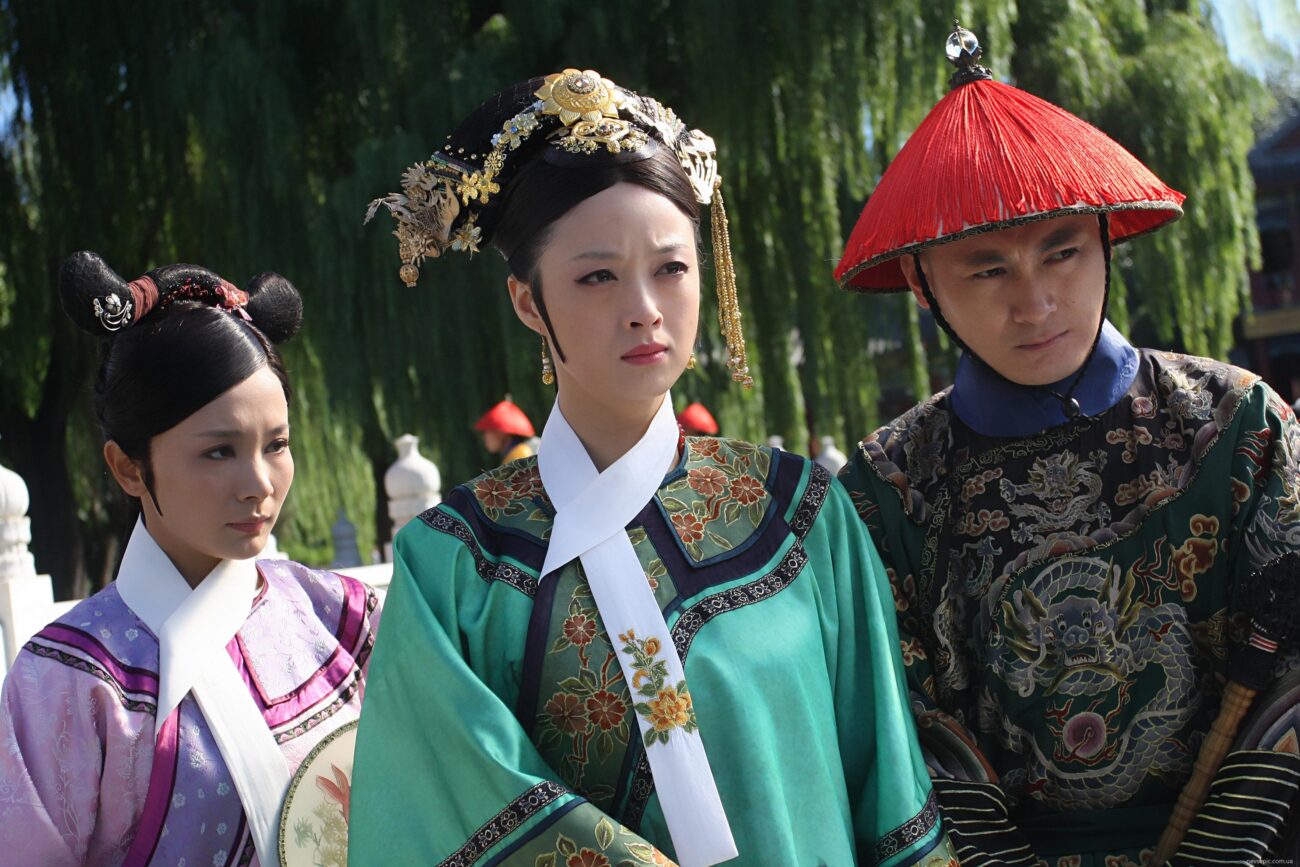 Chinese nationalism is once again on the rise. From the public military spectacle of the Oct. 1 National Day parade to a recent slew of boycotts against foreign firms for their perceived support of Hong Kong protests, a burst of patriotic fervor has increasingly made its way into China’s state policies, public behaviors and business decisions. It’s no coincidence that this chauvinist surge has occurred in tandem with Beijing’s increasing strategic and ideological clashes with the United States and its allies over democracy and human rights issues in places like Hong Kong and Tibet.

Today, Chinese patriotism can be characterized as an uneasy relationship between the population’s feelings of pride, hope and anxiety about the country’s future, as well as a deep ambivalence toward the West. And the Communist Party has expertly harnessed these feelings to reinforce its role as the guardian of the Chinese state by cultivating a renewed sense of a foreign threat. But nationalism is complex and volatile, especially in a country as large and diverse as China. And this renewed patriotic push ultimately risks creating more problems than solutions for Beijing.

Despite Beijing’s apparent hand in stoking the 2012 anti-Japan protests (pictured above), the violent riots that broke out across the country spun far beyond the government’s control. (AFP/AFP/GettyImages)

Rooted in China’s recent history, nationalism has become a powerful instrument in the Communist Party’s efforts to maintain social and political stability. With the era of uninterrupted economic growth now a foregone conclusion and the socialist ideology no longer an effective tool to mobilize the public, the Chinese state is again latching onto patriotic narratives to patch its legitimacy with the public.

Nationalism, With a Chinese Twist

This shift in Chinese politics comes amid a surge of nationalism that has reached many corners of the world. But unlike the conservative populism and economic protectionism that has taken hold in Europe and North America, or the ethno-religious agendas being heralded by the leaders of Saudi Arabia, Beijing’s nationalism is deeply informed by its troubled contemporary history. The stark contrast between the country’s past glory and its «century of humiliation» at the hands of Western and Japanese imperialism remains alive and well among a large portion of the population, reinforced by propaganda and an educational system that fosters a longing for reestablishing China’s position as a powerful nation-state.

Nationalism, however, wasn’t always the political status quo in China. Despite being born of a nationalist revolution in 1949, the People’s Republic intentionally suppressed nationalist ideals in its early decades of existence. Instead, Beijing initially gave special privileges to communist ideology and the personal status of Mao Zedong in exchange for ensuring the loyalty of the populations over which they both had strong influence. It wasn’t until pro-democracy protests in Tiananmen Square in 1989 and the collapse of the Soviet Union shortly thereafter that the Communist Party began to turn to nationalism.

Lacking the procedural legitimacy afforded to democratically elected governments, when facing the waning appeal of communism, the Chinese government became increasingly dependent upon its nationalist credentials to maintain rule. At the same time, the Communist Party skillfully reoriented its ideology to reconcile with China’s move toward capitalism and economic liberalization. This essentially paved the way for the economic boom China would experience in the following decades, which in turn allowed the party to reposition itself as the force responsible for rebuilding a strong and prosperous nation.

Throughout the 2000s, nationalist sentiments have grown alongside China’s ascendance on the world stage, with periodic displays of power and antagonism toward rival countries. The 2008 Olympics in Beijing, as well as China’s relatively credible management of the 2007-08 global financial crisis relative to the West, naturally gave rise to nationalist outbursts. The domestic patriotic fervor demanded a more assertive foreign and military policy agenda from Beijing, alienating several claimant neighbors over maritime disputes with the Philippines and Vietnam. Still, with visions of nation-building, nationalist messaging has nonetheless continued to serve as a powerful instrument.

After ascending to power in 2013, Chinese President Xi Jinping and his associates have carried out a comprehensive campaign built on an ambitious narrative of «national rejuvenation» paired with a much more assertive global presence. Since then, large-scale patriotic outbursts have become more frequent in China. There have been informal boycotts of South Korean products after Seoul decided to deploy a U.S. missile defense system in 2017. More recently, a ban on Chinese tourism to Taiwan was instituted in July, followed by retaliation against the U.S.-based NBA and Hong Kong’s Cathay Pacific airline after their employees voiced support for the pro-democracy protests in Hong Kong.

Like previous outbursts, these incidents reflect Chinese people’s genuine national pride, as well as their perception of unfair treatment of their country by the West. But such events are now also often paired with economic countermeasures against the targeted states and business led by or beyond the state’s backing. Whether through propaganda or state-led boycotts, the central government has clearly allowed and, in some cases, helped fuel these public displays of patriotism.

A New Brand of Chauvinism

China’s cooling economy helps explain this most recent chauvinist surge. The era of prosperity that long serviced the social contract in exchange for the Communist Party’s monopoly on politics has passed. The country’s low-cost labor and expensive credit-fueled growth is becoming increasingly unaffordable. Whereas Beijing could once promise economic well-being and windfall to a wide set of citizens and establishments, the party must now find more diverse means to legitimize its continued role in nation-building. And with the party’s recent attempts to revive Marxism ideology gaining a tepid reception at best, and the broad socio-economic rebalancing still a work in progress, nationalism essentially remains the critical glue that binds its relationship with the wider population.

For Beijing’s foreign policy goals, nationalism has proved to be a similarly useful tool, particularly when it comes to its desire to more assertively reshape the regional order in its favor. Through propaganda or political conformity, the Communist Party has increasingly promoted narratives peddling China as a victim of Western imperialism and the current world order. Under this narrative, threats from Beijing’s adversaries, particularly the United States, can be easily framed as foreign manipulation intended to block China’s rise as a global power — whether it’s Washington’s trade moves, its increased presence in the South China Sea or support of Taiwan and the Hong Kong protesters. The party is then able to present itself as a guardian of China’s nationhood and sovereignty, giving it new avenues with which to instill internal cohesion and authority at times of growing economic plight and uncertainty.

But this strategy also suffered a serious blow during the early days of the trade war. In 2018, U.S. sanctions against state-owned telecom firm ZTE exposed a fundamental power gap in the eyes of the public and, in turn, put Beijing’s state-fueled narratives into serious doubt. As the trade war drags on, China’s top domestic firms will remain under threat. And given the ongoing protests in Hong Kong, the county’s national sovereignty is now even potentially at risk, evoking painful memories of the «century of humiliation» among the Chinese public.

The Party Versus the Nation

Such a staunch brand of nationalism at home, however, can easily turn against Beijing by limiting its flexibility to deal with matters both at home and abroad. The Chinese state, for instance, has sharply dialed up its anti-U.S. rhetoric since trade talks collapsed in late April in an effort to justify its uncompromising negotiating position over sovereignty and, more broadly, to prepare the public for a prolonged fight. But while Beijing has skillfully managed the sentiment to prevent broader protests and attacks against U.S. businesses, the same nationalist uptick has narrowed its space for future compromises with Washington. Meanwhile, issues related to national interests such as Hong Kong, Taiwan and the South China Sea are on the rise, while Beijing’s ideological clashes with the West are only set to increase in the coming years. And as a result, many countries and businesses will be forced to tiptoe around China’s nationalist agenda lest they face the consequences.

Nationalist messaging naturally supports a greater assertiveness of Chinese foreign policies and can also help justify actions against countries perceived as insulting national sovereignty. But sometimes those actions can conflict with Beijing’s intent to project a benign image in its global affairs to solidify its Asian periphery, as well as its economic influence overseas through giant investment projects such as the Belt and Road Initiative. As the recent NBA fiasco has shown, public commentary on sovereignty matters can now easily prompt a response — or overreaction — by the Chinese state, even if it means jeopardizing its key business partners.

This renewed «China first» strategy also risks leaving Beijing with a new and complex check on its power by threatening the Communist Party’s core imperative to maintain social stability. Public discourse about the Chinese nation — including its promise and its weaknesses — has been used to express grievances and frustrations over social issues such as inequality and bureaucratic corruption. In more recent years, Beijing has proved adept at preventing patriotic sentiment from metamorphosing into larger social movements by confining political narratives with increased propaganda, political conformity and media censorship.

But patriotic outbursts could still easily become internal political and social problems — especially if people start to perceive the state as an ineffective guardian of sovereignty. This is particularly concerning for a government whose rule is based on the concept of total integration of party and state. In pushing for this new nationalism, China’s leaders will therefore have to tread lightly.