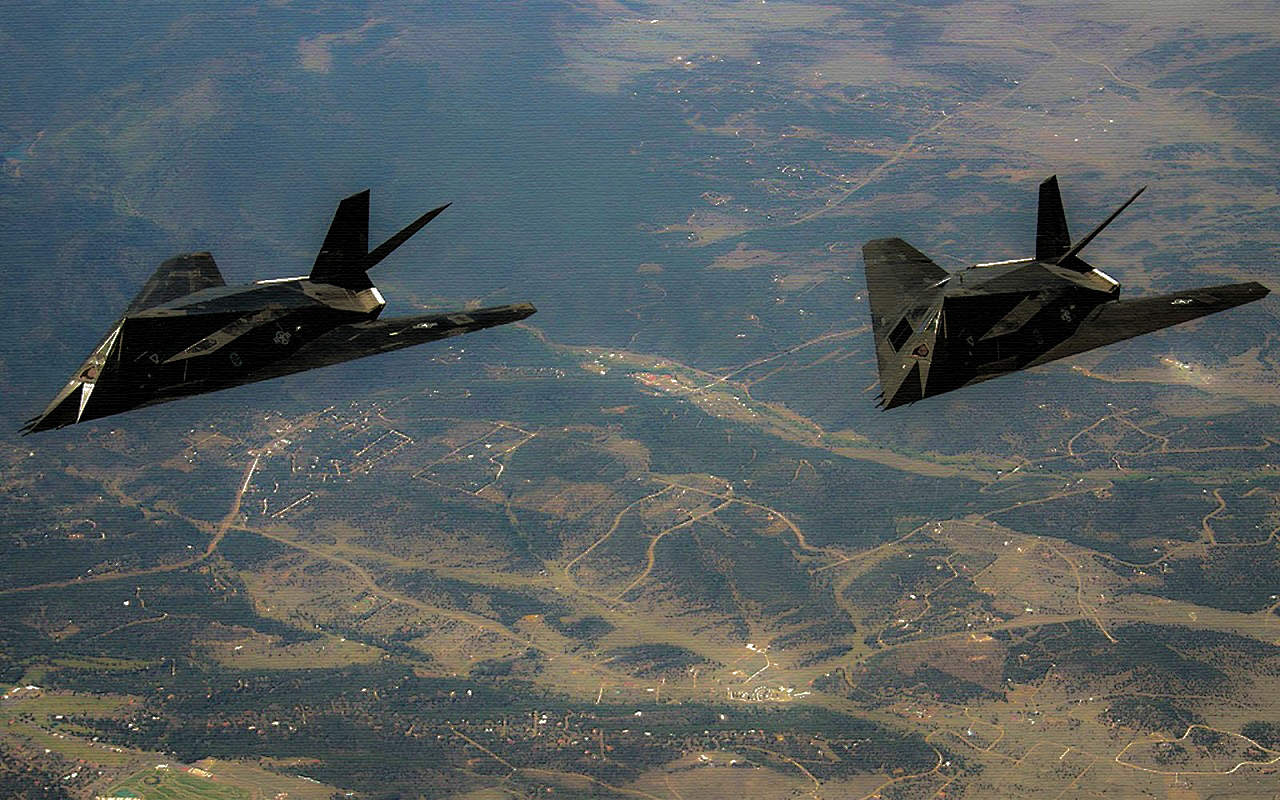 While fuselages of F-117s destined to museums are spotted as they are hauled by trucks across the US quite frequently, the remaining aircraft continue to fly. The following interesting video is actually a compilation of photographs taken at TTR as two F-117s were flying together last month. The accompanying radio comms give us some details about the mission flown on October 8, 2019, by the two stealth jets.

One, aircraft, using radio callsign NIGHT 17 seems to be involved in some kind of test, while NIGHT 21 appears to be the chase plane. As you can hear from the radio comms, it was a somehow busy sortie: as the aircraft performed some pattern activity with touch and gos and ILS approaches, NIGHT 17 suffered pressurization issues and then reported a gear warning light when in the visual pattern after a T&G.

The reason for the F-117 flights remains a mystery. Whilst the pretty basic pattern activity carried out by Night 19 is coherent with a periodic flight required to maintain currencies and airworthiness certificates, the seemingly more complex stuff conducted by Night 17 after it changed callsign to Dagger 17 seems to suggest there is some more interesting work for Black Jet.

As often explained, although it is a ‘legacy’ radar-evading aircraft, the F-117 can still be used to support a wide variety of tests and developments: new radar or Infra Red Search and Track systems, new SAM (surface to air missiles) batteries, new RAM (Radar Absorbent Material) and coatings; or even 6th generation combat planes and next generation AEW (Airborne Early Warning) platforms. They might be supporting stealth UCAVs (unmanned Combat Aerial Vehicles) research and, as explained above, someone has also speculated some have been converted into drones.»

Moreover, we can’t completely rule out the possibility Nighthawk are used as adversaries/aggressors against real or simulated systems, if not within the context of a Red Flag (the audio you can hear above, from the beginning to 04:30 hours, was recorded during Red Flag on Jul. 25, although the activity is probably completely unrelated to the F-117 sorties) as part of complex LVC (Live Virtual Constructive) scenarios, where actual assets are mixed up with virtual ones.

At the end of September, The War Zone obtained some details about the F-117s being operated by the US Air Force.

«On occasion, we [the Air Force] will fly certain aircraft to support limited research activities,» Air Force spokesperson Brian Brackens explained to The War Zone in an email. «Pilots from the Air Force Test Center» are behind the stick of the Nighthawks during those sorties, he added.