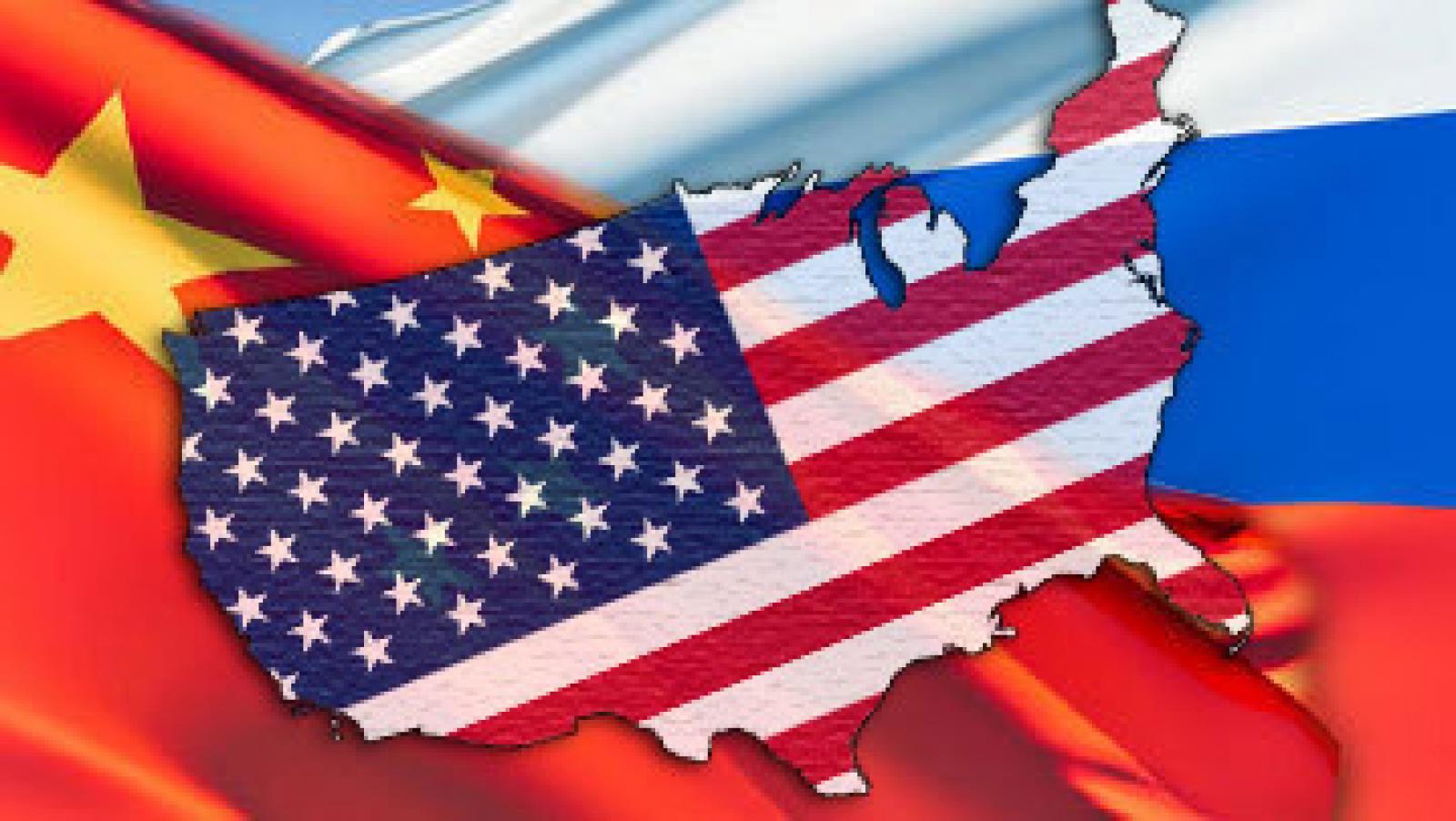 How the United States Could Lose a Great-Power War

The U.S. military is focused on future fights against China and Russia—but it could be playing right into their hands.

The U.S. armed forces are now preparing for an age of great-power competition and rightly so. The 2018 National Defense Strategy shows the Defense Department is focused on the threats posed by Russia and especially China to U.S. interests, allies, and established partners such as Taiwan.

For now, U.S. forces appear poorly postured to meet these challenges. That’s because both Russia and China have developed formidable networks of missiles, radars, electronic warfare systems, and the like to degrade and potentially even block U.S. forces’ ability to operate in the Western Pacific and Eastern Europe to defend allies and partners in those regions. China in particular is developing increasingly impressive capabilities to project military farther afield, including through systems such as aircraft carriers, long-range aviation, and nuclear-powered submarines. Together, these forces have tilted the military balance over places such as Taiwan and the Baltic states from unquestioned U.S. dominance to something much more competitive.

The question is what to do about it. Left unchecked, China or Russia may seek to exploit these advantages to coerce or even conquer U.S. allies or Taiwan. In response, some influential voices in the government are suggesting strategies of horizontal escalation or cost imposition—approaches that would enlarge the battlefield to go after things the other side values beyond the original zone of fighting. Indeed, there are strains of such arguments in some official documents coming from quarters of the Pentagon, motivated by hopes of fending off proposals that would threaten their Command’s place in the packing order or disrupt their Service’s carefully crafted investment plans or ways of operating. Likewise, some theorists with influence in parts of the defense establishment promote such strategies in the form of proposals for “offshore balancing” or “offshore control.”

The normal rationale for these arguments is that Chinese local advantages in the Western Pacific and the Russian edge in Eastern Europe are too great to be reversed directly in those areas, but the United States can use its worldwide reach to inflict serious costs on China or Russia elsewhere. In the event China attacked Taiwan, for instance, the United States could impose a trade embargo or go after China’s base in Djibouti and facilities in places like Pakistan, Cambodia, and Sri Lanka. And in the event Russia seized the Baltic states, the United States could strike at Russian forces in Crimea or Syria. The theory is that threatening to destroy or take away things farther afield could cause the opponent to refrain from attacking or relinquish its original target.

By shifting the focus of defense planning away from a direct confrontation with our adversaries’ apparent advantages, horizontal escalation and cost imposition have a superficial appeal. But as the centerpiece of U.S. and allied deterrence, they will prove wanting. Indeed, relying too heavily on such approaches would play right into Chinese and Russian advantages.

This isn’t because horizontal escalation and cost imposition can’t be effective in the abstract, although it is hard to identify examples from history of it working. Rather, it is because widening a war at the expense of the local fight generally favors China and Russia, not the United States and its allies.

That’s because the United States is trying to defend allies and partners in those other great powers’ front yards. The United States interests in doing so are important, but still partial—and China and Russia’s are likely to be considerably deeper. China may well care more about Taiwan, which it considers a renegade province, or Russia the Baltic states, which directly neighbor St. Petersburg, than the United States does about them. This is only natural, but it means that the “balance of resolve”—which side cares more about the issue—may well favor the other side.

Horizontal escalation is a bad choice for the United States under these circumstances because neither China nor Russia has anything like the overseas presence that the United States has—and accordingly, neither is likely to care about anything beyond its borders as much as winning a war over Taiwan or the Baltic states. Sure, Russia has interests in Syria, and China in Djibouti, but their significance to each pales in comparison to the Baltic states or the political status of Taiwan, respectively.

This means that even relatively aggressive U.S. horizontal escalation efforts against Chinese or Russian assets in third countries or at sea are not likely to sway their decision-making much. These regions simply aren’t as valuable as Taiwan is to Beijing or the Baltic states to Moscow, and both would have very probably already factored their loss into any decision to risk war with the United States.

Some argue for an even more aggressive approach of cost imposition in lieu of actually defending U.S. allies and partners such as Taiwan—for instance, attacks against China or Russia along their vulnerable periphery, such as Russia’s Far East or China’s western areas, or against what some call strategic centers of gravity, such as their government control apparatus or economic assets vital to their societies. This is not likely to work either—and might well prove cataclysmic. If the United States initiates escalation in ways that are more directly threatening to its great-power opponents, it risks turning a limited war into a much wider one—on grounds favorable to Russia or China. This is because attacks against these cost-imposition targets—whether in peripheral areas or against strategic assets—will either be pinpricks, unlikely to matter much, or will be so painful that they provoke, and may appear to much of the rest of the world to justify, severe retaliation. Russia and China each have plenty of ways to escalate in return, including the use of nuclear weapons—even against the United States itself. This strategy is an invitation to painful and possibly massive retaliation without a plausible way of achieving our goals.

Fortunately, none of these demerits of horizontal escalation is reason for despondency. The United States, alongside reinvigorated efforts by its allies and partners, can protect those allies and its own interests against military aggression by even the most threatening adversary states. While it is not realistic to expect to achieve against China or Russia the sort of comprehensive dominance that U.S. forces have enjoyed over smaller regional adversaries, neither is it necessary. What the 2018 National Defense Strategy calls for is to develop, in concert with U.S. allies and partners, military forces and strategies that can credibly deny China or Russia the ability to take over nearby territory.

In particular, the United States needs forces that are able to contest Chinese aggression against Taiwan or U.S. allies in the Western Pacific or Russian assaults against NATO allies from the beginning of hostilities, reaching into contested zones to first blunt and then defeat any such Chinese or Russian invasion. War games and analysis suggest that such approaches are technically and operationally feasible and could be carried out at a cost the United States can afford. What is needed are forces that can, in the first instance, generate and sustain combat power better than today’s forces. Long-range bombers, submersibles, and mobile land-based systems are well suited to this challenge. Second, future forces must be able to detect, identify, track, and attack invading forces at sea, on land, and in the air in the presence of the enemy’s advanced air defenses, electronic warfare systems, and other threats. Distributed networks of sensors, jam-resistant data links, standoff weapons, and other innovations are emerging that can enable these new operational concepts.

The Pentagon is moving toward implementing a strategic shift in this direction. The challenge now is to identify the most promising options for providing the requisite capabilities and to move the resources needed to field them rapidly and in large numbers. This is now the crucial task on which the U.S. military and the militaries of our allies and partners should focus.