Migration and xenophobia – what’s common between Antisemitism and Islamophobia?

19th century was not just the age of the industrial revolution and dramatic political changes. It was also the time of mass migration.  Former peasants left their homes and moved to cites and other counters for better life. New technologies such as the steam engine made possible for thousands of people to move far from their homeland – to America, Australia and Africa. The term “globalization”  didn’t exist, but in the works of Karl Marx we see a description of a global world in some aspects much more rapid than in our days.

A significant part of migrants in the 19th — early 20th century where Jews. According to the Marxist historian Abraham Leon, Jews in Middle Ages were a “nation-class” who played an important role in trade, art and financial services. Due to the rise of local merchants and artists Jews where pushed to background regions of Central and Eastern Europe. Since the 15th century in Poland and Hungary Jews played an important role as mediators between feudal villages and towns.  But since the 19th century Jews moved back to the West.

Many of those Jews lost their functions in traditional economy. It was a result of the general crisis of feudal market in Eastern Europe. The Israeli scholar Shmuel Etinger admitted that they had only two options — “to look for a new profession or to emigrate”.

Most Jewish migrants moved to USA, Argentina, South Africa and Australia. They moved via Germany, Austro-Hungary, Britain, which became main transit countries for Jewish migration. Some migrants stayed in Western Europe for a longer period. It looked exactly like the situation with Syrian and African refugees in 2015, when people moved to Germany, Britain and Scandinavia, but many of them found themselves in transit countries such as Italy or Greece.  By 1914 Jewish population in Germany increased to 600,000, in Austro-Hungary to 2.5 million and in Britan – to 250,000. Modern antisemitism was a direct result of this migration.

Before the 19th century the main reasons behind the antagonism between the Jews and their neighbors was religious conflict and economical competition. But when Europeans met masses of Eastern European Jews they started to talk about cultural, nation and racial differences.  We should rememeber that at this time nobody talked about the “Jewish-Christian civilization”; it was “Christian civilization” only.

Ferenc Kossuth, the leader of the Hungarian revolution of 1848, says that the Jews do not deserve equal rights as long as they keep their laws and customs separate from those of the others nations. Henrick von Treitschke a well-known German historian, declared that the Jews refused to assimilate in German society and to accept German culture.  According to his words, the ungoing wave of Polish Jews coming to Germany contributed to their self-isolation. Traditional Jewish dress, food, holidays seemed barbaric and awkward for educated Europeans. 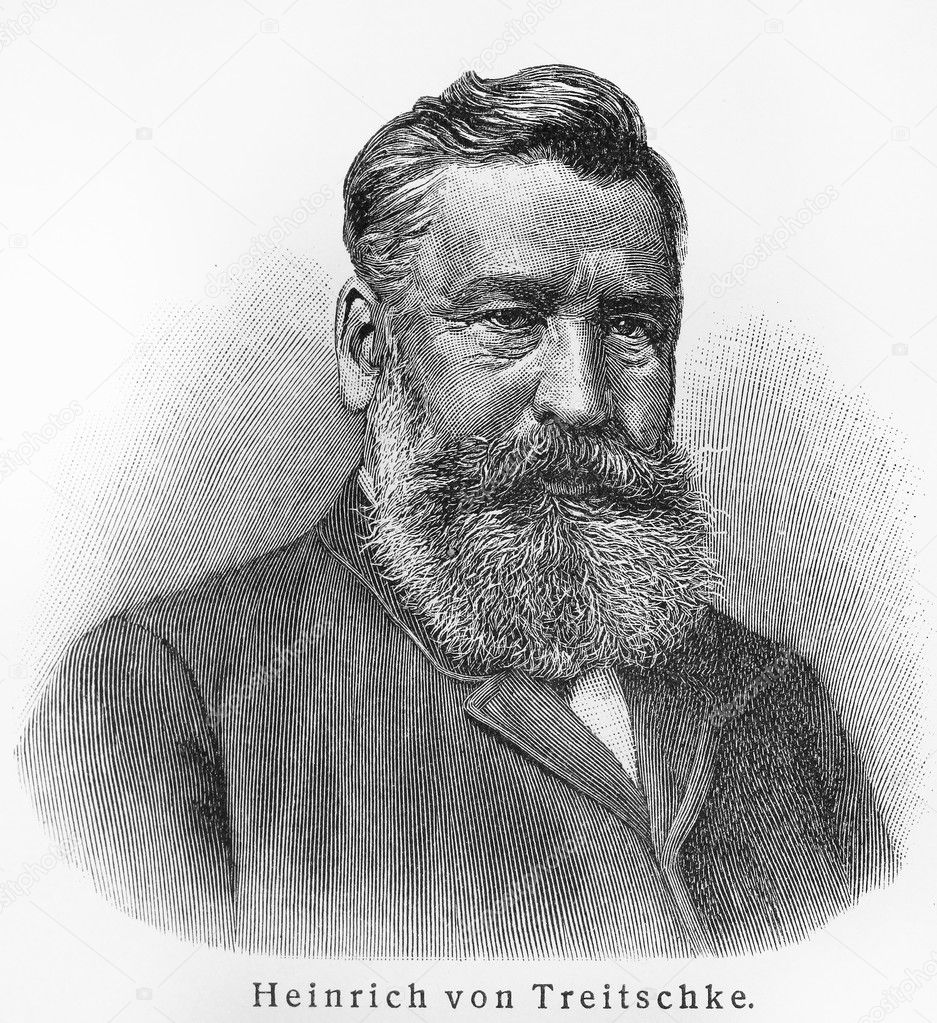 Finally, mass migration of the Jews from Eastern Europe made antisemitism an important political factor. In 1881, the German Reichstag received a petition with the demand to stop Jewish migration to Germany. The next year, the first antisemitic congress took place in Dresden. In Austria, in 1891, antisemites took 13 places in the parliament, and in 1897 the leader of this movement, Karl Lugre, became the mayor of Vienna. Antisemitic media viewed Jewish migrants as potential criminals and revolutionaries, while at the same time discussing the Jewish role in business, media and politics.

At first, the antisemitic discource was “moderated”. They just demanded to stop the Jewish emigration and to limit the Jewish impact on the society. However, after the First World War and especially after the Russian revolution antisemitism became much more violent.  The conservatives believed the Jews were behind revolutions that took place in Europe between 1918-1921. People like Hitler and Churchill found in “The Protocols of the Elders of Zion” an explanation for the collapse of old regimes and for the rising of the worker’s movement.  As a result of this, Western countries one by one closed their gates for Jewish emigration. The situation became dramatic after the beginning of the Great Depression, when millions of people lost their jobs. The tragedy of the Jews was that they became a persecuted minority and an extra labor force at the same time. They were unwanted in their own countries and they had no place to emigrate. The culmination of this drama was the Holocaust, the “final solution” of the “Jewish problem” — or, more exactly, of the Jewish migration problem.

The migration and rise of modern antisemitism was also directly linked to the Zionist movement. In the middle of the 19th century Jews in Germany, France and Austro-Hungary adapted ideas of the Jewish Enlightenmnet (“Haskalah”) and became integrated in the local,  mainly Christian society. They viewed the “barbaric” “Ost-Juden” (Eastern European Jews) as a destabilization factor in their relations with the non-Jewish majority. In many cases they adapted antisemitic rhetoric. This inspired Theodor Herzl and his friends to come up with the idea of direct mass emigration of the Jews as far as possible from the “civilized” world: to Argentina, Uganda or Palestine. Zionists like Nordau or Borochov talked about “degenerated”  “galut” (diasporic) Jews and declared that only hard work in Palestine could bring them back to their glorious ancient roots. Leaders of the Zionist movement agreed with the anti-Semites that Jews have nothing in common with the countries where they lived. In many cases Zionists cooperated with well-known anti-Semites in organizing Jewish emigration. For example, the well-known Lord Balfour viewed his declaration, which promised a national home for the Jews in Palestine, as a just instrument to “save Europe from the Jews”.

However, 1939-1945 did not put an end to coexistence of various religions and ethnic groups in Europe.  A new Islamic chapter of European history had started after the WWII.

The history of Islam in Europe has deep roots in the past. From the 7th till the 15th century Muslim states in the Iberian Peninsula played important roles in the formation of the European culture.  Muslims also traditionally lived in the Volga region and in the Caucasus. Since the 14th century Islam spread further with the Turkish expatiation of entire region in Central Europe and the Balkans. In the 17th century, the foremost-northern minarets in Europe were located in the Hungarian town Eger, near the Slovakian border.  The post-medieval history of Islam in Europe was tragic; the Muslim civilization in Spain was smashed in the 16th century, while in Central and Eastern Europe Muslim communities found themselves on the margins of social, political and cultural life. 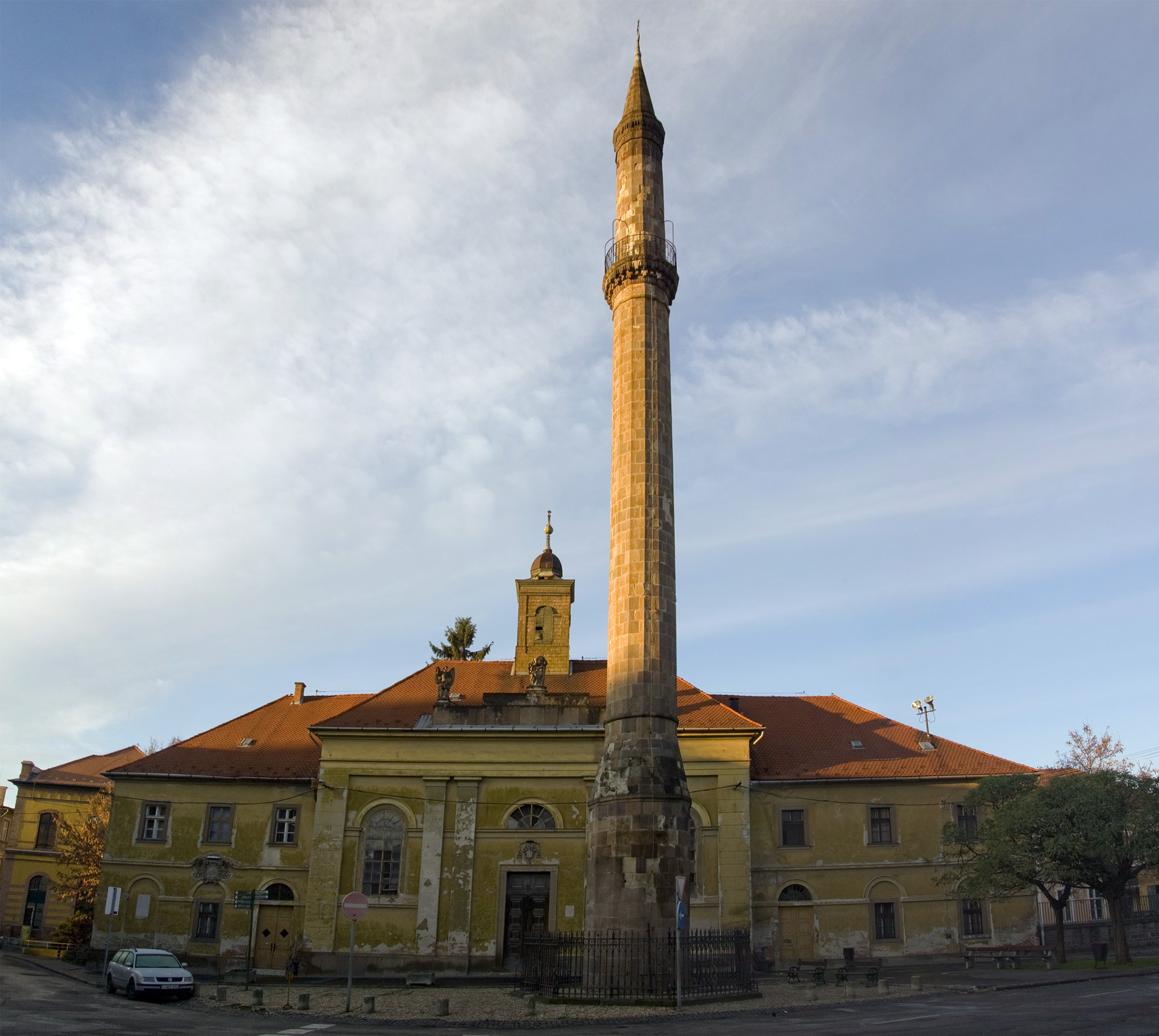 Since 1950s Muslims started to return to Europe en masse. At first, it had to do with the collapse of the European imperial control in Asia and Africa, which led to emigration of people associated with the former colonial regimes. The second reason was the economic boom, which caused mass emigration of Muslim workers from Yugoslavia, Turkey, and later from North Africa and Pakistan, to Western European countries. By the beginning of the 21th century the Muslim population in Western Europe rose to 15 million. More then 5 million Muslims, mainly from Algeria and Morocco, live in today’s France.  More then 3 million Muslims are living in Germany, 1.5 million in Great Britain, 730,000 in Netherlands and almost the same number in Italy.

Before 1980s, anti-Muslim attitudes were not typical for Europe, but Islamophobia has become an integral part of today’s European life. According to the American newspaper “International Herald Tribune”, Muslims in Europe became a permanent target for treats and hostility.  Mosques, Muslim cemeteries and people in traditional Muslim garbs became target of hatred. In 2004, the University of Paris reported that Muslims are constantly discriminated in jobs market.

Incredibly, many arguments used by the Islamophobes in modern Europe resemble the language of 19th century European antisemitism. Islamic culture is being presented as a “strange” and “un-European”. About 100 years ago newspapers discussed the alleged Jewish role in “white slave trade”; Today, Western media is eager to defend Muslim women who are supposedly oppressed by the “barbaric” Muslim society.

According the the Russian expert Boris Kagarlitsky, the “Immigrant”, the “Muslim” and the “Black” became today’s “Jews”, while “Jewish Bolshevik conspiracy” became greatd by the  “world-wide Muslim terrorist conspiracy” and the Islamists became the new Freemasons. For the first time after 100 years, religion became again a major factor in Western European political discussions. Instead of the old discussions between the Catholics and Protestants, the discussions focus on the “question of Islam”.

Kagarlitsky sees a financial and economic background behind the present anti-Islamic tendencies in Europe.  The unstable situation of the modern middle class, the collapse of the neo-liberal illusion about the “end of history”, the ongoing economic crisis lead people to xenophobia and conspiracy theories. Michael Dorfman, a Russian-American historian and journalist remarks that many anti-Islamic texts are “just recycled antisemitic pamphlets, where the Arabs replaced the Jews and Islam replaced Judaism”.

Islamophobia is also actively promoted in the media. A group of British journalists has analyzed about 972 articles on Muslims and has found out that two thirds of them are talking about terrorism, religion and the Shariah law in genreal, while only about 5% deal with concrete problems of British Muslims. The Dutch journalist and historian Geert Mak compares the  presentation of Muslims in the movie “Submission” (2004) with the style of the Nazi movie “The Eternal Jew”.

At the same time, some scholars disagree that present European Islamophobia is just a continuation of the “old good antisemitism” from the 19th-20th century. Professor Tariq Ramadan thinks that today we see “Israelization” of European thinking. In such case,  the Islamophobes present themselves as “victims”, while the Muslims become the enemies of “Western values” and an aggression factor.

They find a theoretical base for such position, first of all, in the works of Samuel Huntington, where he rises the issue of the “Clash of Civilizations”. In 1993, he insisted that «In this new world the most pervasive, important, and dangerous conflicts will not be between social classes, rich and poor, or other economically defined groups, but between peoples belonging to different cultural entities». For Islamophobes, the growing number of Muslim communities in Europe is in itself a proof of Islam’s “aggressive” nature. 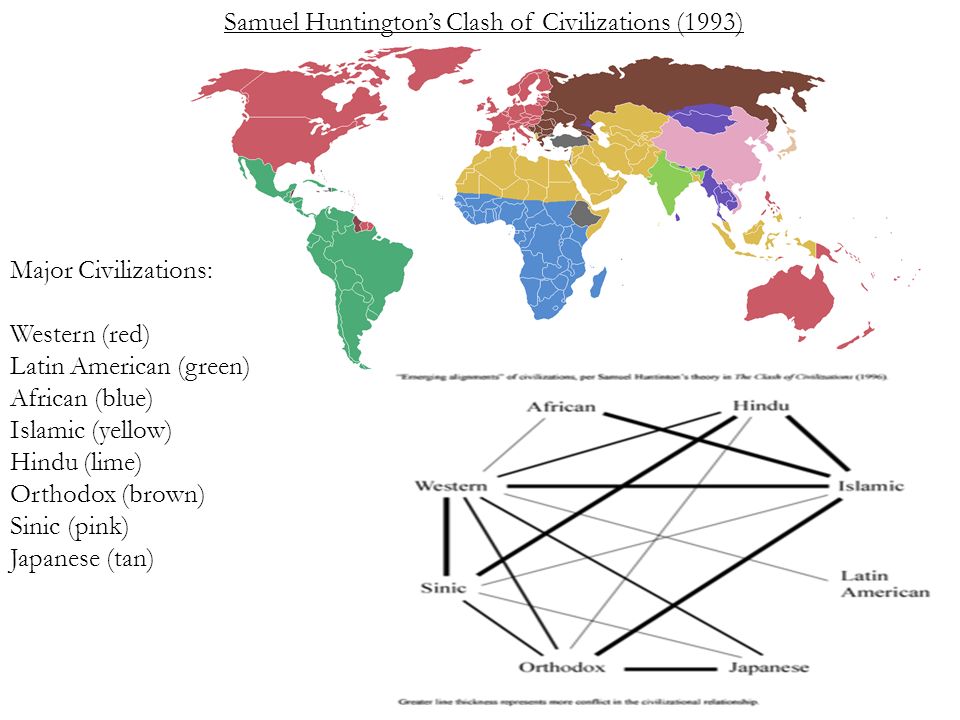 While antisemitism in today’s Europe is totally illegal, anti-Muslim slogans are absolutely acceptable by many right-wing and even centrist parties in France, Germany, Sweden, Austria and elsewhere. Like the antisemites 100 years ago, they just demand to limit Muslim emigration and oppose the construction of mosques. But the past experience of the does not give us much place for optimism. For hundreds of years Europe was a uniqeu continent with one dominant religion and culture, where most nations lived separate from each other. Intolerance has become the norm, and history of medieval Jewish, Muslim and even Christian dissident sects in Europe serves as a vivid illustration of this thesis. In his work, Samuel Hanington predicts the “final battle” in the “war of civilizations”. The future will show us, whether this pessimistic scenario will be realized, and the Muslim communities in Europe will face the same fate as their Jewish predecessors.