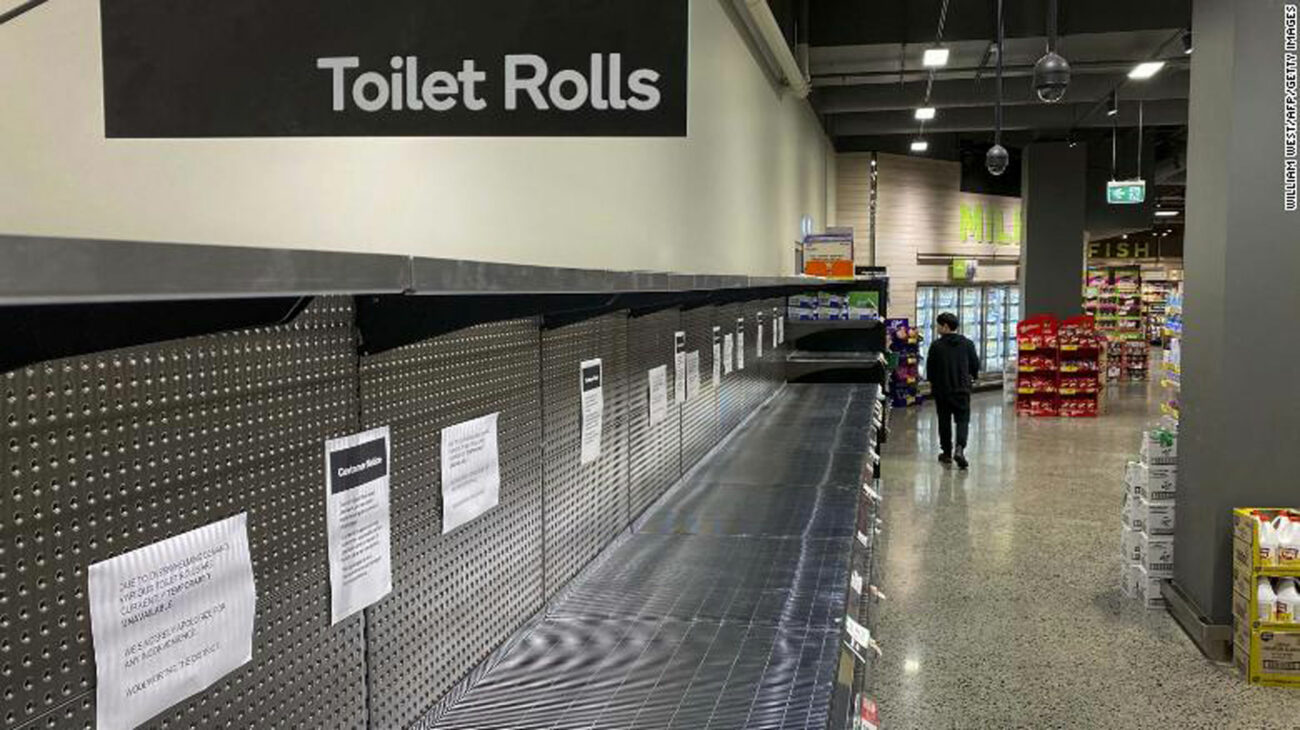 What Misinformation Has to Do With Toilet Paper

It started with an unsubstantiated rumor. “You can laugh now,” Johnny Carson said on The Tonight Show on December 19, 1973, “but there is an acute shortage of toilet paper.” There wasn’t—but it didn’t matter. The broadcast sent America into a mass panic. Millions of shoppers swarmed into grocery stores and began hoarding toilet paper. Ex nihilo, a shortage was born. The Scott Paper Company urged people to stop panic-buying the product. Nevertheless, for four months, toilet paper—absent from shelves—was bartered for, traded, and even sold on the black market.

“I was completely blown away by the whole tale,” the filmmaker Brian Gersten told me. His short documentary The Great Toilet Paper Scare, premiering on The Atlantic today, details the frenzy that ensued following Carson’s remarks. “I found newspaper reports from every corner of the U.S. that had firsthand accounts of the chaos,” Gersten said. He excerpted interviews and re-created them with absurdist animation for the film. “These scenes might seem a little hyperbolic,” Gersten said, “but all of this stuff did actually happen, and people actually said those things.”

Some experts regard the toilet-paper shortage of ’73 as a case study in the mechanics of the rumor mill. Earlier that year, the stock market had crashed, losing more than 45 percent of its value—one of the worst declines in history. To make matters worse, an oil embargo caused gas prices to spike dramatically. Fear and uncertainty were in the air. The climate was ripe for the spread of misinformation.

You don’t have to look far to find parallels between 1973 and today. Just days after the first case of the coronavirus was identified stateside, Americans started stockpiling toilet paper, despite the fact that most stores had it in stock.

“I never thought this film would have the kind of relevance it currently holds,” Gersten said. “It’s truly astonishing and shocking. A toilet-paper panic sounds absolutely ludicrous, but here we all are, once again, panicking about not having enough toilet paper.”

Gersten believes that people today are more vulnerable than ever to the proliferation of misinformation. “We live in an age of misinformation, and it’s important to recognize that, especially when we’re in the midst of a crisis,” he said. “When you look at what happened in 1973 versus what’s happening now, it’s clear that the way we consume media has evolved over time, but the way we react to certain kinds of information has remained pretty consistent.”

"What Misinformation Has to Do With Toilet Paper" Комментариев нет