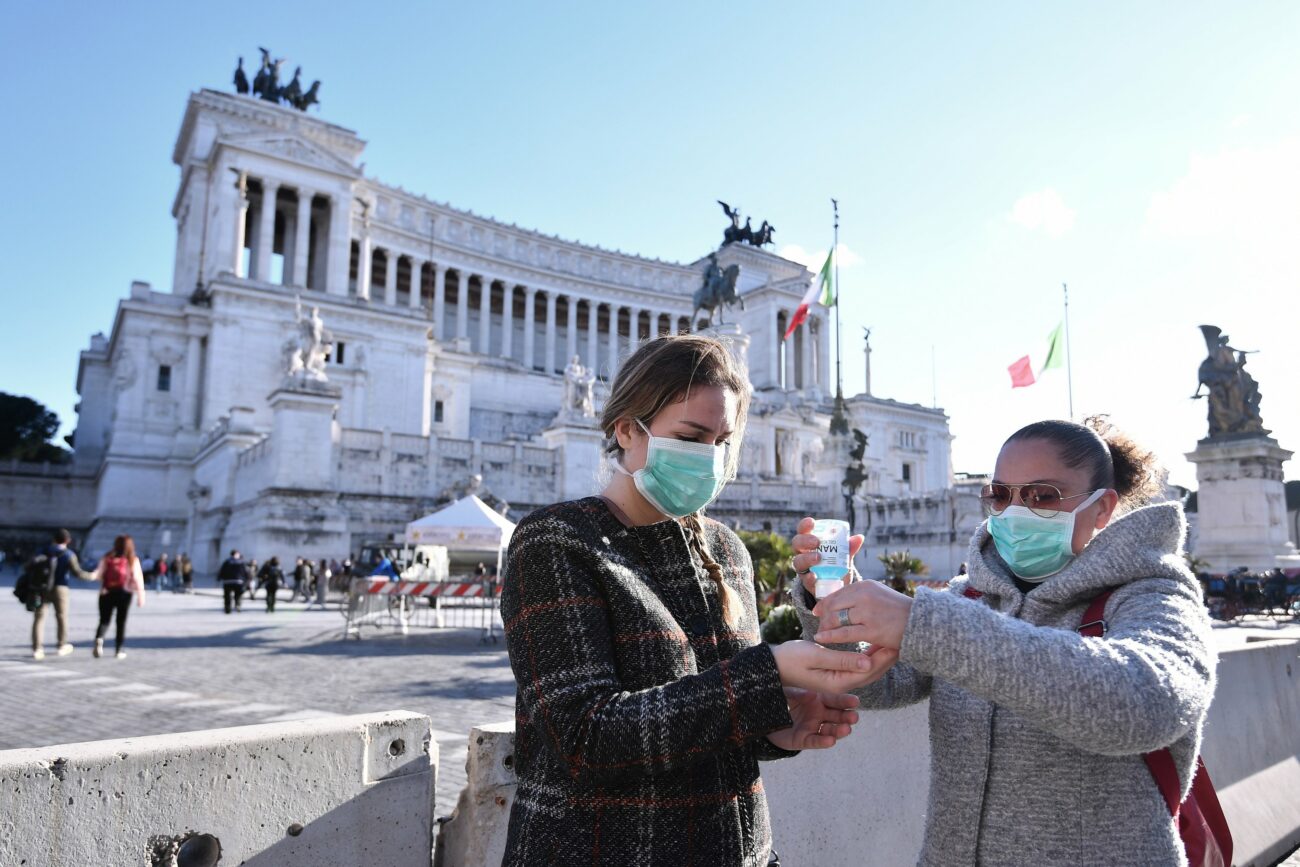 Learning How to Reopen a Country After COVID-19 Shutdowns

As governments around the world explore ways to emerge from the COVID-19 pandemic, easing the economic pain caused by lockdowns without causing even more damaging public health crises, they will be looking at the experience of other early outbreak countries to guide their actions. While best practices are emerging, recovery strategies will be tailored to the vulnerabilities of specific populations, and to governments’ current capabilities.

While some countries, like Nicaragua and Turkmenistan, have outright ignored or dismissed the outbreak, the best lessons on how best to reopen come from two other sets of countries, in Europe and Asia. In Europe, Sweden and Belarus have both kept public spaces open; they are the only places in Europe where cafes, bars and restaurants remain open nationwide. The two have implemented some restrictions: Belarus has stopped visits to nursing homes — which have been major outbreak locations elsewhere in the world — while Sweden has closed universities and suspended major sporting events. But for the most part, the governments have relied on their populations’ best judgment when it comes to social distancing and setting their own tolerance for risk in the pandemic.

Not coincidentally, cases have spread rapidly in both countries, with more cases per million people in Sweden and Belarus than nearby Denmark, Norway, Poland and Russia. The countries are also generally testing at lower levels than their neighbors, suggesting that Sweden’s and Belarus’ actual case levels could be higher. Both are also still relatively early in their outbreaks, having confirmed their first cases in late February or early March versus mid-January for places like the United States and France now hitting their peak. With less restrictive regulations in place, the number of cases in Sweden and Belarus will be important to monitor as a sort of control group for the rest of Europe’s experiment in social distancing. So while it is still too early to determine whether Sweden and Belarus’ alternative approach will result in noticeably different outcomes, we should have a better idea over the next month or so.

The second subset comprises countries that aggressively pursued other containment strategies while avoiding blanket shutdowns. South Korea is the most prominent example in this category; Singapore was also in this category until early April, when its number of cases started to grow more quickly and the government issued shutdown orders. While South Korea did take actions like moving schools online, businesses there have largely stayed open, only closing as needed as outbreaks occurred. Exploring how South Korea has been able to contain the virus — and what went wrong in Singapore’s similar strategy — offers valuable lessons to other countries as they test the waters of reopening their societies and economies.

South Korea had one of the most aggressive, earliest responses to the COVID-19 outbreak, something it began laying the groundwork for before the novel coronavirus had even emerged. This is not South Korea’s first recent experience with a massive public health crisis. In 2015, South Korea suffered the worst outbreak of the Middle East respiratory syndrome outside Saudi Arabia. According to an interview with the South Korean foreign minister published by the World Economic Forum, the country took valuable lessons from that outbreak that it is applying today. One of the lessons reinforced by the 2015 MERS outbreak was the importance of rapid testing, so the South Koreans built out a pandemic response plan that made it possible for the country to quickly roll out expansive and aggressive testing in 2020. While many other countries have tested a higher percentage of their population, few did so as quickly as South Korea, instead waiting until an outbreak was already underway. Few countries have also tested so expansively: For example, while the United States has tested a higher percentage of its population (12,045 per million people vs. South Korea’s 10,982) the United States has a 20 percent positive test rate compared to South Korea’s 2 percent positive test rate. This suggests that South Korea has tested far more liberally while the United States has had stricter testing criteria. Rationing testing means that fewer asymptomatic carriers or people with mild symptoms are caught, allowing them to continue to infect others. By testing more universally, South Korea gained better situational awareness of the challenge it faced.

A second measure South Korea has employed is aggressive contact tracing techniques to quickly track down the individuals who came into contact with a person who has tested positive for COVID-19. Again, following the 2015 MERS experience, South Korea set up joint task forces consisting of medical professionals, law enforcement officers and legal officials to strengthen their contact tracing capabilities. Teams can use data from patients’ smartphones and other electronic devices, credit card purchase histories and CCTV footage to trace their movements over recent days and test people who came into contact with them. This allows authorities to track down people who may have the virus and are spreading it but aren’t yet exhibiting symptoms. Testing and isolating them sooner rather than waiting for them to develop symptoms limits further spreading.

Third, South Korea has provided economic support that offsets the costs of seeking medical help and being out of work for extended periods while recovering in isolation. The government has guaranteed coverage for all COVID-19 associated health costs and is covering paid leave for those who miss work due to COVID-19 (or providing income for those who are unemployed). This mitigates the economic impact that COVID-19 has on individuals, removing doubts about missing work and being financially punished for contracting and recovering from COVID-19.

Singapore’s previous experience with the SARS epidemic in 2003 also prepared its authorities to test early, test aggressively and trace contacts in order to avoid further spreading. That strategy worked throughout February and March, with total cases lingering in the hundreds. But as the number of cases passed the 1,000 mark in early April, the case growth rate spiked. So while it took 10 weeks for Singapore to hit the 1,000 mark, it added its second thousand in just nine days. As of April 20, Singapore had just over 8,000 cases confirmed. At this rate, total cases in Singapore will surpass South Korea by April 25, and South Korea has about 10 times more people than Singapore.

Singapore appears to have diverged from South Korea’s flattening infection rate curve due to outbreaks in densely packed migrant worker dormitories. Singapore had managed to curtail community spread while largely staying open by rigorously testing people coming into the country. But at least a few cases were able to slip through, and once they got into the cramped living quarters of unskilled laborers, the illness spread like wildfire — expanding beyond the dormitories before authorities could impose quarantines. On April 7, Singapore closed schools and workplaces in an effort to slow the spread.

Limitations of the South Korean Model

As countries like Italy get over the hump of peak COVID-19, they are trying to learn from countries like South Korea on how to allow economic activity while keeping the disease in check. It has become very apparent that most countries that are considering relaxing restrictions are concurrently increasing testing capacity. Learning of more people with mild or no symptoms and isolating them will certainly help, but the additional steps of contact tracing and financial compensation present challenges outside of South Korea.

Few countries in Western Europe and North America have invested as much in pandemic preparation as South Korea has, so interagency coordination tends to be more ad hoc than in South Korea. Privacy concerns and protections are also an issue: Whether populations in Western Europe and North America would be as amenable to allowing access to their smartphones, purchase records and other personal information as in South Korea remains unclear. The aftermath of the 2015 San Bernardino attack, when Apple and the FBI got into a very public dispute over unlocking a dead terrorist suspect’s iPhone, is instructive in this regard. Europe meanwhile has passed some of the most comprehensive protections for individuals’ data in the world, complicating European countries’ ability to use technical tracking tools for contact tracing.

From protest movements in the United States against lockdown measures to conflicts in Europe between authorities and minority groups over adhering to lockdown orders to reliance on arrest and physical force to impose lockdowns across Africa and South Asia, most countries around the world can expect a significant degree of resistance to whatever policy their governments adopt.

Meanwhile, poorer countries in Africa or Latin America — Peru and Ecuador are both in the top 30 highest number of confirmed cases — may simply not have access to the technological tools required for such tracking or a population with the same concentration of smartphones to reliably track their whereabouts. Poorer countries also are not as resilient to the financial hit of higher medical costs and lost wages from illness.

South Korea had another advantage from public compliance. Shared experiences and memories of the MERS outbreak in 2015 and a generally high level of social stability in South Korea meant its people both understood the policies their government was adopting and followed them particularly closely. Most other countries around the world cannot expect the same level of public compliance to their response to COVID-19. From protest movements in the United States against lockdown measures to conflicts in Europe between authorities and minority groups over adhering to lockdown orders to reliance on arrest and physical force to impose lockdowns across Africa and South Asia, most countries around the world can expect a significant degree of resistance to whatever policy their governments adopt. Trying to extend aggressive surveillance and contact tracing tactics into already suspicious populations could provoke social unrest that would undermine attempts to contain COVID-19, paradoxically making the problem worse. With so many questions about the nature of COVID-19 still unanswered, the world ultimately has little choice but to experiment and observe how others have approached the problem.